2010 Out of Bounds Comedy Festival

A banquet of yuks, more welcome than ever 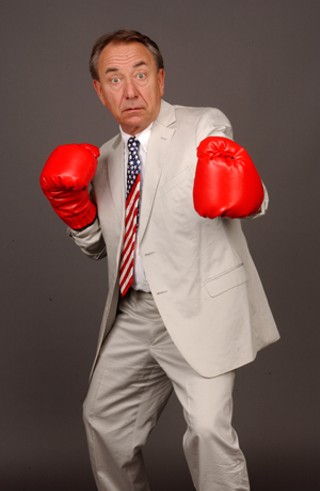 This summer hasn't been a big one for laughs. Between the BP oil spill in the Gulf of Mexico, the floods in Pakistan, the fires in Russia, the economic distress that just won't let up, and the escalating violence in Mexico, the mood has been pretty relentlessly downbeat. Which makes what is already one of Austin's best harbingers of autumn, the Out of Bounds Comedy Festival, all the more welcome this year. In the week leading up to Labor Day, more than 500 comedy performers – some from as far away as Amsterdam and Tel Aviv – will be in town doing their best to make us chuckle, chortle, giggle, and guffaw. You can take your pick from 120 sets featuring improv and sketch comedy, plus seven stand-up showcases featuring more than 25 comics.

Yes, that's more than the festival offered last year – about 25% more – and 10 times the size of the first OOB in 2002. Indeed, Out of Bounds' growth is emblematic of the dynamic expansion of the Austin improv community over the past decade. This year, more than 50 of the sets will feature local improvisers or locally generated improvised formats (a hefty homegrown crop for any city), and the spaces where they'll be performed represent three of five Austin venues that present improv regularly all year-round. Both the quantity and quality of the improv/sketch scene here have attracted national attention, so having troupes from around the country attend OOB and its sister festivals, the Ladies Are Funny Festival and the Austin Sketch Festival, is a matter of course today. The 2010 schedule boasts improvisers from Seattle; Minneapolis; Philadelphia; Phoenix; Boston; Baltimore; Salt Lake City; Washington, D.C.; Providence, R.I.; and Portland, Ore., as well as the improv meccas of Chicago, Los Angeles, and New York City. And you can add to that troupes visiting from abroad: Three Falling from Israel, Live Man Show from the Netherlands, and PROJECTProject and Rosa Parks Improv, both from Canada.

But when you talk about the festival expanding, it's not just about size; it's variety, too. This year shows how far beyond the standard-issue short-form games and free-form long-form Out of Bounds will venture. Filling the schedule this year are more formats that evoke the works of specific plays, films, or TV shows. You can choose from the dramas of Tennessee Williams (Los Angeles' Kind Strangers), David Mamet (Confidence Men), or Harold Pinter (j/k); or Broadway musicals in the key of Wicked (Oklahoma City's Villain: The Musical); films by Alfred Hitchcock (Hitchcocked!), in the Twilight series (Dusk: Improvised Tween Erotica), featuring James Bond (Topping Haggerty Experience's Today Is Not Tomorrow), or that feature isolated astronauts in the manner of 2001: A Space Odyssey or Solaris (Eris 2035, by Parallelogramophonograph); or an episode of original series Star Trek (Start Trekkin', with casts from Austin and New York City). As mentioned previously, stand-up has a steadily increasing presence, and two of OOB's most notable acts this year are nonimprov solo shows: Kevin McDonald of Kids in the Hall presents his reminiscences about that groundbreaking sketch troupe, along with memories of his alcoholic father, in Hammy and the Kids (Sunday, Sept. 5, 9:30pm, La Zona Rosa), and accomplished political satirist Will Durst offers The Lieutenant Governor From the State of Confusion (Saturday, Sept. 4, 7pm, Salvage Vanguard Theater).

In other words, Out of Bounds now boasts so much comedy of so many kinds that there's something in it to get anybody howling with laughter. Even after a summer this glum.

For a full schedule, see "Out of Bounds: The Lineup." And the Out of Bounds website, www.outofboundscomedy.com, can give you the full story on all of this year's participants. The 2010 Out of Bounds Comedy Festival runs Tuesday-Monday, Aug. 31-Sept. 6, at Salvage Vanguard Theater, 2803 Manor Rd.; the Hideout Theatre, 617 Congress; ColdTowne Theatre, 4803-B Airport; the Velveeta Room, 521 E. Sixth; and La Zona Rosa, 612 W. Fourth.