'The Odyssey: A Rock Musical'

'Ithaca, are you ready to rock?' 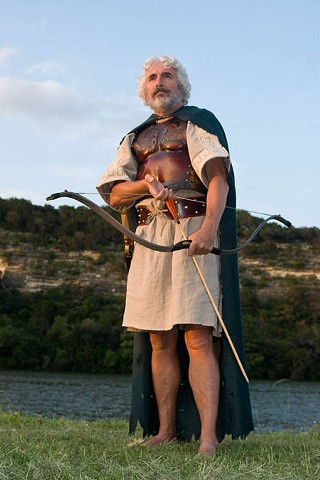 Odysseus' epic voyage home from the Trojan War has been retold in many voices, from that of an Irishman in 1904 Dublin to a con man in the Depression-era American South. When local theatre artist Freddy Carnes began his own adaptation of the Homeric saga, he heard in the passions of its characters yet more voices, those of the musicals of his youth, when the driving rhythms of rock found their way onto Broadway. "As I wrote the songs, I found myself gravitating toward the music that I grew up with: Jesus Christ Superstar, Tommy, Hair, and Godspell," says Carnes. "They all had that mixture of rock & roll and ballads that helped me to relate to the characters." Thus was born The Odyssey: A Rock Musical, with Carnes penning more than a dozen songs for the wandering hero, his family, and the extraordinary characters he meets. "The style that I used with Odysseus, Penelope, Athena, and the nurse leaned toward rock ballads. The music that I wrote for the angry young men – Telemachus and Antinoos – was edgier rock & roll to capture their energy."

Carnes premiered the work during last year's Summer Acts! Austin festival at City Theatre, but audiences didn't get the whole story. Owing to the 90-minute time limit on shows, more than a quarter of the two-hour-plus script had to be cut, including a romantic scene between Odysseus and Calypso and a scene in which a disguised Odysseus reveals his true identity to King Alcinoos and Queen Arete and recounts his voyage in a seven-minute song told through shadow effects. Not only will those scenes be seen for the first time when the show opens this Friday for a four-week run at the Dougherty Arts Center, but the score will be played live for the first time, by musicians Terri Lord on drums, Dan Fruehauf on bass, and Carnes on guitar. Consider it the director's cut, with Carnes bringing his complete vision home after a long journey, albeit one not quite as long as his protagonist's. 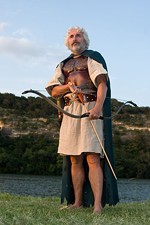 The Odyssey: A Rock Musical
This adaptation of Homer's epic is faithful to a fault and rough around the edges 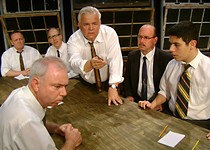 Twelve Angry Men
With strong direction and a fine cast, City Theatre's revival of the jury-room drama of the 1950s feels very contemporary