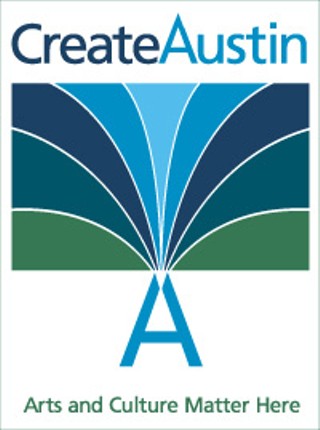 It was June 2008 when the CreateAustin Cultural Master Plan that had been commissioned by the city was first presented to City Council. The plan's 33 recommendations, representing almost two years of work by hundreds of citizens providing input through interviews, community forums, and task force meetings, offered a blueprint for developing the city's creative landscape over the coming decade. But they received no endorsement from City Council that day. The only action taken by the body was to direct city staff to study the cost of creating a Department of Arts and Culture, one of the top three CreateAustin recommendations. And it took nearly a year for that study to be reported on to council, along with one on the cost of creating a Department of Music (a recommendation of the Live Music Task Force). Given the lack of enthusiasm for either of those cash-intensive options as laid out by the City Manager's Office – understandable in these economic hard times – the chances of this cultural master plan ever gaining the council's seal of approval seemed slim at best.

And yet, here we are, another year down the road, and just after the second anniversary of CreateAustin's presentation to council, the plan is scheduled to come back before the body for a vote. Council Member Laura Morrison has taken the lead in resuscitating the move for endorsement, working toward it for much of the past year with the CreateAustin Leadership Team and lining up Mayor Lee Leffingwell and Mayor Pro Tem Mike Martinez to co-sponsor the resolution at the June 24 council meeting. In the litany of whereases that precede the resolution proper, the text acknowledges both the creative sector's $2 billion economic impact on the city and the work that CreateAustin activists have continued to do to implement the plan even without the city's endorsement, such as taking active roles in the city's other long-range planning initiatives and establishing a Creative Alliance that will serve individuals, organizations, and businesses in music, film, the arts, and every creative field. (Full disclosure: As someone who's been active in CreateAustin from 2006 to the present, I've been involved in some of these efforts.)

Included in that work has been securing support for the resolution on and off the council. In the run-up to the June 24 meeting, Ballet Austin Executive Director Cookie Ruiz, who has been driving the CreateAustin process since the beginning and leading its implementation efforts over the past two years, has secured the approval of the Austin Music Commission and will seek the same from the Arts Commission at its meeting next Monday. Little is left to do but encourage the community to crowd into council chambers on June 24 and see this plan that affects everyone in the creative sector – musicians, filmmakers, actors, visual artists, game designers, choreographers, fashion designers, comedians, you name it – finally get its due from the city.

But the endorsement will do more than provide some closure for the many community participants in the Cultural Master Plan. It directs the city manager to help establish a City/Community Accountability Task Force to oversee and track the implementation of the plan (its No. 1 recommendation); to direct city staff to keep exploring ways to consolidate creative enterprise services, programs, and resources in city government (the No. 3 recommendation); and to see to it that the current city Comprehensive Plan, aka Imagine Austin, include the creative sector as a vital economic component in its planning process and integrate CreateAustin's plan into the final recommendations of the Comprehensive Plan.

It's a major move forward for the creative community and a long time coming. Don't you want to be there on June 24 to show council how much it matters?