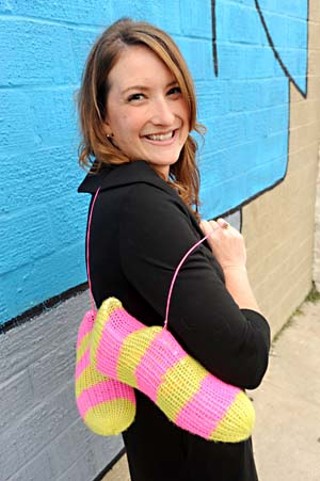 A couple of inconvenient truths about Austin: 1) Festivals bloom here like bluebonnets in springtime, and 2) nobody's making any new weekends. Slapped together, that means that our fair city increasingly has festivals of one kind or another – and often the same kind – crowding together on the same small patch of Saturday 'n' Sunday. For evidence, all you need do is look at this week's calendar, where Art City Austin, the venerable visual arts fair that evolved from Fiesta, and the Fusebox Festival, the recent showcase of new and experimental cross-disciplinary art, sit cheek by jowl, filling the days with events.

In the not-always-good old days of decades past, that sort of head-to-head scheduling could have been cause for much grousing and ill will, if not a minor turf war, with each arts group willfully ignoring the other and working to ensure the success of its event at the expense of its colleague's, if necessary. The governing mentality was that cultural organizations had such limited resources and small audiences that they couldn't afford to give away any of either. It wasn't necessarily personal, but colleagues were competitors.

Compare that to what's going on with the two arts festivals this week. Look at any promotional materials for either one, and you'll find the name of the other – and not just in a polite cross-promotional capacity. Fusebox and Art City Austin are jointly presenting a set of urban installations by guerilla knitter Magda Sayeg and her crew Knitta Please and several installations in the 2nd Street District curated by the team of Cook & Ruud. They're partners.

"It makes sense on a lot of different levels – for each of these organizations to build audiences, to try out some new things, and to share resources," explains Fusebox Artistic Director Ron Berry.

"When you understand that working together we become stronger, then you're more open to interesting collaborations," says Meredith Powell, executive director for Art Alliance Austin, the parent organization that produces the two-day Art City Austin and the seven-day spate of activities leading up to and including it, Art Week Austin. "It also boils down to efficiency. When you're running a nonprofit organization and you want to keep making a positive impact both financially and creatively, efficiency and shared resources is inherently a smart way to go. When you're building an audience together, when you're building a community together, suddenly it's not just about one force – it's about the entire force coming together. And you can also bring that back to economic impact. With Fusebox and Art Week being in the same time frame, we can work more collaboratively about getting the word out to people interested in visiting Austin. So we can begin driving that cultural tourism and driving more economic impact for our city, and that in turn will drive more funding for the arts. It's a bigger issue than our own motivation. It's about advancing a common goal and securing our common interest."

That was a lot of what was in Berry's head when he launched Fusebox six years ago as a project of his theatre company, Refraction Arts. "So much of the festival from its conception was about creating this conversation across forms and across geography," he says. "I felt like we weren't really talking to one another in a meaningful way in the theatre community. We were supportive of one another. It's a very friendly community. We go see each other's work, and we'll go have a beer afterward. But in terms of really challenging each other and pushing each other, that wasn't happening so much between groups. So it made sense to look for partners, so we could talk about what we're interested in and what we're seeing. And it grew from there." 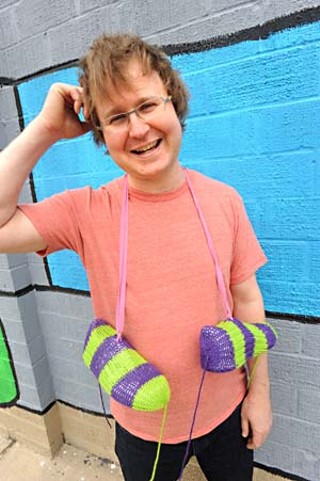 For Powell, the concept of collaboration was encoded in her organization's genes, from back when it was the Laguna Gloria-based harbinger of spring known as Fiesta. "When we were founded in 1956, our founders really had [working with other entities] in mind. We were founded to raise funds for Laguna Gloria, so in our core, we were founded to support another organization besides ourself." And that just grew over the next 50 years. By the time Powell came on board in 2005, "there were so many organizations involved. So when I started to evaluate what made it successful, it was truly these partnerships and the other organizations that were coming together to promote a common goal, the common interest of a vibrant creative community."

Of course, as anyone on the dating circuit can tell you, finding the right partner is the trick. Just because an organization is culturally oriented like yours doesn't necessarily mean you two are cut out for life together in a cozy little cottage with a white picket fence. The organization's mission, its artistic focus, the audience for the work can vary widely from arts group to arts group, so creative collaborations require some exchanges to discover what, if any, mutual interests and goals the potential arts partners share.

Sometimes you find compatibility where you didn't quite expect it. Berry recalls how he was approached by Kathleen Panoff, the new director of Texas Performing Arts at the University of Texas, about possibly teaming with Fusebox, and his reaction was: Is this is a good fit? "I wasn't really sure about how that was going to play out," he says. "I mean, I felt like our programming was a little different; we were interested in innovative, cutting-edge artists, a lot of them emerging. That's what I brought into the meeting, and Kathy was superexcited about exactly that. She was wanting to present more progressive work or be involved in that conversation around progressive new work and be affiliated with that sort of work. So, for me, if that's something that you're interested in talking about and supporting, then by all means, let's explore everything we can to make this partnership work."

Initially, Berry had a somewhat similar response to the partnership with Art Alliance Austin. If you're talking visual arts organizations around town, he says, "Fusebox and Arthouse make so much sense; programmatically, we're very much aligned. I feel like Art Week Austin and Fusebox are a little differently aligned. The programming has been a bit different, so that required us to identify some specific programs that fit into both of our visions."

Sayeg's self-described yarn-bombing, covering lampposts, statues, parking meters, bike racks, and other urban objects with hand-knitted, brightly colored cozies, was just such a match. "Her work is surprising; it takes place in a public sphere, which is something I'm really interested in," he says. "It's free, it's fresh, and it awakens your eyeballs in a fun way. It helps you re-examine your relationships with the city and these places that you walk by each day. That's an important and exciting thing that art can do. And I think that's something that both Art Alliance Austin and Fusebox can help with."

Powell agrees. "Magda [Sayeg's] work activates the urban core, and that's what Art Alliance has been doing [since it left Laguna Gloria for Downtown]. The opportunity to see something just a little bit differently is what Art Week brings to the table, and that's why Magda's work was so exciting for us. The way that Ron and I approach the partnership is: What makes sense to work on together? Art Alliance commissioned Magda's work, but he was interested in commissioning her; he just hadn't done it. So it worked perfectly. In terms of the partnership, he's able to promote her work without having to secure the financial resources and administrative support and all that to make it happen."

The collaboration with Fusebox follows a string of similar successes for Powell's organization. The Art Alliance was already working to rethink the way visual artists' work is exhibited outdoors and found that intersecting with the interests of the Austin Foundation for Architecture and the Austin chapter of the American Institute of Architects. Thus, the Temporary Outdoor Gallery Space competition, overseen by AIA Austin, was created. Teaming with the Austin Music Foundation gave Art City Austin a valuable live music component and created a new revenue stream for AMF. And, Powell says: "The team that brought Pecha Kucha to town were about to stop producing Pecha Kucha Night Austin, because the thought of wrangling volunteers and venues and insurance and all these things that Art Alliance Austin has at its fingertips was very daunting. So for us to come to the table was the exact piece of the puzzle they needed. The curatorial team can now focus on the presenters, and we can focus on bringing the resources that make the presentation possible."

What Powell and Berry – and the many collaborators they've found across the creative community – grasp that earlier generations of Austin artists had a hard time getting a handle on is that working together can frequently generate more opportunities for both parties than they could create separately – 1 + 1 = 3, as I heard it expressed recently. And those opportunities extend beyond a handful of venues Downtown on a weekend in April. It involves exchanges year-round with the city as a whole and ultimately the world, as more artists from outside Austin come here and artists from Austin take their work to other places – that conversation that Berry keeps working to have. "The larger goal is creating a community and a culture around this sort of work," he says. "I'm interested in this sort of work, because it's a vital platform for ideas and looking at life today and talking about life today. It's the most vital and alive platform for that that I know of, so it seems like the more people we can get engaging in that conversation, the better."

Powell sees that engagement as a goal she's duty-bound to pursue. "Austin is engaged as a community," she says. "We're open to seeing things differently. We want to see things differently, and if, as an arts organization, we can provide that opportunity for our community, that's our responsibility." But it doesn't end with the artists and their organizations. "If we want to remain on the forward end, we have a responsibility to invest in that creative community, and you can do that by participating in these events this week. I think it's not going to happen without us understanding our responsibility." 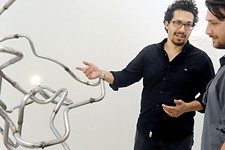 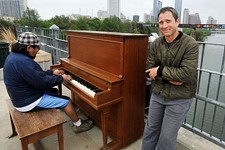 'Play Me, I'm Yours'
Giving 'keys to the city' a whole new meaning 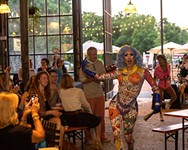