Milestone for a school of note (like quarter, eighth, sixteenth) 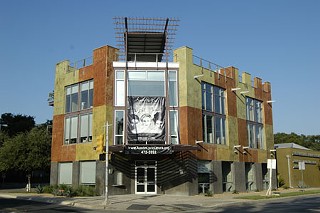 Has it really been a decade since Austin Lyric Opera opened the Armstrong Community Music School?

That means this institution was giving musical instruction to folks across the city – experienced players and novices, grownups and little ones, too – back before the Long Center was open, back before trailer cuisine, back when Austin had about 130,000 fewer citizens. When you consider how much has happened locally since the ACMS opened, you gotta figure that's masses of Austinites learning to sing and play instruments and just generally expand their understanding of all things musical. Add to that the fact that ALO is still the only opera company on the planet running its own community music school, and you can't blame the opera folks for wanting to toot their own horn about it.

They're marking the ACMS milestone with some notable celebrations and would love to have you join them.

Of course, you can't celebrate the birthday of a music school without music, so there will be a concert with Tosca String Quartet, Darden Smith, violinist Vincent Frittelli, and faculty and students of the school. Birthday cake and Champagne will be served, naturally, and honor paid to patrons James Armstrong and Larry Connelly, Mary Ann and Andrew Heller, Bill Dickson, and ACMS Director Margaret Perry. The concert will take place Friday, March 26, 7:30pm, in Ducloux Hall of the Mary Ann Heller Opera Center, 901 Barton Springs Rd. And your $50 ticket will benefit the ACMS Music Scholarship Fund. For more information, call 472-5992.

Then on Sunday, March 28, 2-5pm, the Heller Opera Center hosts a free fun-for-the-whole-family open house/blowout with musical performances, class demonstrations, and free Blue Bell Ice Cream, Saint Arnold Root Beer, and cookies from Tiff's Treats. Everybody can always stand a little more music in their lives; wouldn't this be a fine time to get a little extra in yours (and some sweets, too)? 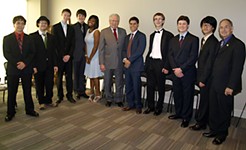 Texas Young Composers Concert
For the third time, the Austin Symphony gives Texas composers under 18 a chance to be heard