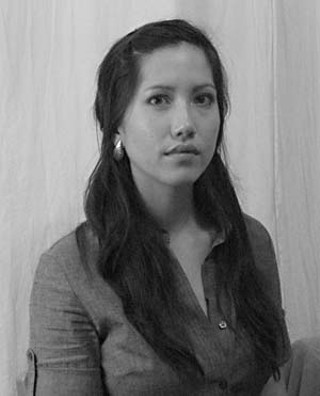 Frances Ya-Chu Cowhig is on a major roll. The Michener Center for Writers grad has won a second major literary prize for her play Lidless, which is also proving a hot property on the national new play circuit. The drama, in which a former Guantánamo detainee dying of liver disease confronts the woman who interrogated him 15 years earlier and demands half her liver as restitution for the physical and psychological trauma he suffered, has received the 2009 Keene Prize for Literature, awarded by the University of Texas' College of Liberal Arts to a student work that creates "the most vivid and vital portrayal of the American experience in microcosm." The prize comes with $50,000.

The play had already earned Cowhig the 2009 David C. Horn Prize in the Yale Drama Series competition for emerging playwrights. No less a dramatist than David Hare judged that contest and told The New York Times that of the 650 applicants, "Lidless was the clear winner, an extraordinary and original attempt to show the enduring strain on the victims of the U.S.'s deployment of torture at Guantánamo." Along with a $10,000 award for Cowhig, Lidless will be given a staged reading at Yale Repertory Theatre in September, and the script will be published by Yale University Press.

As if that weren't enough, Cowhig was in the nation's capital last week to work on Lidless as one of eight young writers developing scripts through the Kennedy Center American College Theater Festival's M.F.A. Playwrights' Workshop. This week, she's in SoCal spending another week refining the play at the 12th annual Ojai Playwrights Conference. The first weekend of September, the Open Fist Theatre Company in Los Angeles gives Lidless a staged reading as part of its First Look Festival. (At the same festival will be a reading of fellow Michener grad George Brant's Elephant's Graveyard, which won the Keene Prize in 2008.) Plus, Lidless is one of four plays selected by Philadelphia's InterAct Theatre for the 2009-2010 season of its 20/20 New Play Commission program.

Locals may have missed our best chance at catching Cowhig's prize-winner – it was already produced at the Department of Theatre & Dance this spring through the UT New Theatre program, and with Cowhig having graduated .... Ah well, maybe we can catch a staged reading in Houston sometime in the coming year. The Alley Theatre has jumped on the Lidless bandwagon, too.