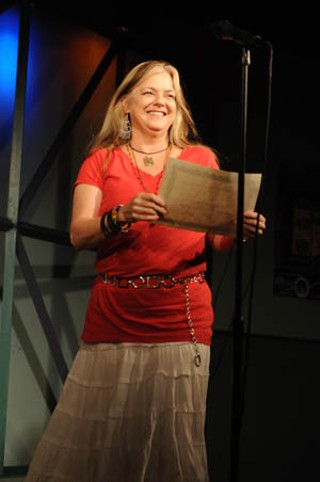 The passing of Tina Marsh this week is perhaps most fittingly noted in the Music section (and is – see "Off the Record"), and yet the voice of this richly gifted artist was so strong and her spirit so vital that she was known and treasured in Austin's arts community as well. So it seems only right to acknowledge the loss of her here and pay tribute to one who was both an artist of significance and a friend. During her 30 years here, Tina contributed her astonishing vocals to several dance productions, most notably those produced and choreographed by her dear friend Sally Jacques. Indeed, it was at one of those shows that I first encountered Tina's voice, ascending into the sky, soaring and swooping like Sally's gravity-defying dancers. Tina was fearless with her instrument, whether applying it to a jazz standard, an operatic aria, one of her own compositions, or an improvisation – this last being typically an off-road excursion, as it were, with traditional rhythm and melody abandoned for bird calls and bestial growls, the hypnotic ululations of an ancient culture, or some otherworldly harmonics. But she could be every bit as courageous and compelling in a ballad, when her voice would soften into a velvet caress of breathtaking vulnerability. That's what I hear in her stunning rendition of Rodgers & Hart's "Where or When," and I will always hold close to my heart the image of Tina, accompanied by pianist Eddy Hobizal, singing it at twilight in summer in the open air at the Umlauf Sculpture Garden & Museum, her voice at one with Austin's natural beauty. For me personally, it stands with her glorious, ringing rendition of Leonard Cohen's "Anthem" as the embodiment of who Tina Marsh was as an artist and a human being. "There is a crack in everything. That's how the light gets in," she would sing with unchecked passion. And Lord, how the light poured through her. Rest in peace, Tina. You will be deeply missed.

CreOp Muse presents A Tribute to Tina Marsh before Blue Lapis Light's Impermanence this Sunday, June 21, at 7pm, at the J.J. Pickle Federal Building, 300 E. Eighth. Pianist Eddy Hobizal and cellist Terry Muir, the Zeke Zimmerman band, and past and present participants in Marsh's Circle of Light project will perform. A suggested donation of $10 will go toward paying Marsh's medical expenses. Anyone wishing to stay for the 9:15pm performance of Impermanence, which is also dedicated to Marsh, may do so for an additional pay-as-you-wish price (suggested $10). 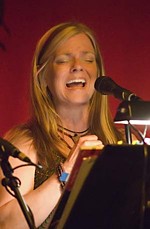 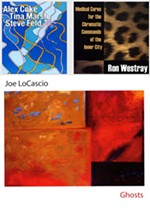