God Save the Queenie 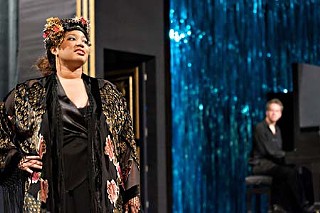 Leave it to the Duke to put the "opera" in "beauty operator."

When the great Duke Ellington finally got around to writing an opera – he could write every other kind of music, so why not opera? – he didn't opt in for the kind of historical gravitas and grandiosity that folks just lap up from the likes of Verdi, Wagner, and Puccini. He wanted an opera with some sass, some (not surprisingly) jazz, a music drama of his day with a heroine of the working world. So he set out to enshrine in the pantheon of consumptive courtesans and bullet-brassiered Valkyries a Harlem cosmetician. Decades before Queen Latifah made the beauty salon a cultural hot spot, there was Queenie Pie.

In Ellington's tale, Queenie Pie is democratically elected royalty, Harlem's top beautician as voted by her peers in the biz for 10 years running. The title is a sign of her zeal and industry, which Queenie Pie has applied to rising through the cosmetological ranks and producing her own line of hair and skin products. (Ellington drew inspiration for the character from the true-life success of Madam C.J. Walker, the first-generation freedwoman who parlayed her own formula for healing and conditioning the scalp into a multimillion-dollar cosmetics empire.) Queenie Pie's "reign" comes under threat, though, from New Orleans temptress Café Olay, who heaps insult upon injury by going after not just our heroine's crown but her man. Their conflict leads to tragedy, after which Queenie Pie sets sail for a tropical island, where a magical elixir may hold the answer to her problems.

In the eclectic way of its composer, Ellington's opera is all over the map: comic, tragic; real, magical; big-band swing, blues, calypso – an exuberant gumbo of musical and dramatic styles that sounds about as far from the traditional image of opera as Haiti is from Harlem. And it might have given the venerated art form the kind of revolutionary goose that the Duke gave to swing and jazz music in the Twenties and Thirties, might if Ellington had actually finished the work. It was one of the last projects that the composer was actively working on when he succumbed to lung cancer in 1974. The opera that will open at the University of Texas' McCullough Theatre this weekend in conjunction with the Butler School of Music's Duke-centric symposium Echoes of Ellington is a reconstruction, one of several over 35 years. The history of Queenie Pie is almost as long and winding as its heroine's journey.

Ellington's ideas for the opera reportedly date back to the 1940s, with several false starts in the postwar years. Only in 1962, when New York public television station WNET commissioned an hourlong opera from Ellington, did Queenie Pie truly begin to take shape. The telecast never happened, but Ellington kept plugging away at it and by his death had completed some 20 songs and an outline of the story. His son, Mercer Ellington, kept the dream of the opera alive and, in 1983, received a grant from the National Endowment for the Arts to complete the score. Three years later, Queenie Pie premiered at the American Music Theater Festival in Philadelphia with a score reworked by Mercer and conductor Maurice Peress, who had worked on it with Duke Ellington before his death; lyrics by George David Weiss; choreography and direction by Garth Fagan; and a libretto by a bright young writer named George C. Wolfe. The critical response was enthusiastic, and though the show's subsequent run at the Kennedy Center for the Performing Arts in Washington, D.C., fared poorly, plans were made to take the show to Broadway with Patti LaBelle – who had sung numbers from Queenie Pie in a 1983 PBS special celebrating Ellington's music, the one time the opera connected with the network it was intended for.

A 1989 New York Times story tracking the show's progress to New York had producers finishing up the financing for a $5 million Broadway run in spring 1990. A tryout run with LaBelle reportedly played around the country, but Queenie Pie never made it to the Great White Way. The closest it came was in 1993, when Mercer Ellington conducted a concert version at the Brooklyn Academy of Music starring Melba Moore and Brian Stokes Mitchell. But it didn't include the libretto or any of the revisions to the piece from the earlier run. A few months later, the After Dinner Opera Company, a New York group specializing in the performance of chamber operas, presented a version, but afterward, interest in the work seemed to fade.

Still, Queenie Pie won't die. A few years ago, Oakland Opera Theater had the idea of reviving it using the 1986 version. To the group's surprise, it found that the opera was not available and not well documented. (Not even a search through boxes in Maurice Peress' garage turned up any material.) If Oakland Opera wanted to stage Queenie Pie, it had to build one itself. So it did. Using notes found in Ellington's archives at University of California-Irvine and the Smithsonian, director Michael Mohammed, orchestrator/arranger Marc Bolin, hip-hop theatre artist Tommy Shepherd, and producer Martin Bell developed a work that sought to be as faithful as possible to Ellington's original ideas, lyrics, and music. The show enjoyed a successful run in the Bay Area last year. Now UT is presenting its own take on Queenie Pie. Although it incorporates material from the Oakland production, the Butler School of Music team – UT Jazz Orchestra Director Jeff Helmer, assistant professor of jazz composition John Mills, and Butler Opera Center Director Robert DeSimone – has pared the show back to something closer to its originally intended length, produced new arrangements for the orchestra, and further refined the libretto with the help of Betty McGettigan, who worked with and was a companion to Ellington in his last few years. The big plus for locals is a chance to see jazz chanteuse Carmen Bradford back in her hometown starring in the show.

So what keeps Queenie from disappearing into the drawer of Great Unfinished Works? After he'd spent years working on the piece, George Wolfe told The New York Times: "The show is about a millionaire hairdresser in Harlem who loses a beauty contest. At first I thought, who cares? But in considering it in a larger context and wondering why he wrote it in his later life, it reverberated on another level besides having beautiful music. To me, it's about going out of vogue, about how you can be famous and loved one minute and then lose it the next when tastes change."

It's something the Duke knew in his musical life, and it's something we all come to know at some point. Change happens, and we have to deal with it. On her long and winding road, Queenie shows us a way.

Queenie Pie
This Ellington opus may not look much like opera, but it sure swings like the Duke 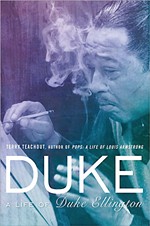 Duke: A Life of Duke Ellington
Jazz maestro in detail.