What do Laura Bush and Anheuser-Busch have in common? How about Robert Rauschenberg and Robert Rodriguez? Or all four? They're all recipients of this year's Texas Medal of Arts Awards, being presented in Austin on Tuesday, April 7, at the Long Center for the Performing Arts. Since 2001, the nonprofit Texas Cultural Trust has been recognizing distinguished artists, patrons, and institutions that call the Lone Star State home. The 2009 class will be the fifth group of recipients, joining such previous medal winners as Van Cliburn, Willie Nelson, Flaco Jiménez, Walter Cronkite, Ornette Coleman, Naomi Shihab Nye, and the late Horton Foote. Rauschenberg, the pioneering visual artist, is being given the Lifetime Achievement award posthumously (his son will accept), while the former first lady will receive a special Standing Ovation Award for her support of the arts through the Texas Book Festival and the National Book Festival, as well as other advocacy efforts. Recipients in individual areas are Rodriguez, the director of El Mariachi, the Spy Kids movies, and Sin City in Film; country superstar Clint Black in Music; nationally recognized San Antonio design firm Lake|Flato Architects in Architecture; longtime Lone Star historian T.R. Fehrenbach in Literary Arts; Tony Award-winning actress and singer Betty Buckley in Theatre Arts; maker of lyrical and mysterious photographs Keith Carter in Visual Arts; beloved PBS music series Austin City Limits in Multimedia; concert pianist and founder of the International Festival-Institute at Round Top James Dick in Arts Education; Dallas philanthropist Edith O'Donnell in Individual Arts Patron; and the Anheuser-Busch Cos. in Corporate Arts Patron. After being feted at a reception at the Bob Bullock Texas State History Museum Monday and lunch hosted by Texas first lady Anita Perry on Tuesday, the honorees will be treated to a gala dinner at the Long Center, followed by the 8pm awards ceremony, at which Los Lonely Boys, Ray Benson and friends, the Kilgore Rangerettes, and 2009 award winners Betty Buckley and James Dick will perform. Tickets to the awards ceremony and the Champagne and dessert reception are still available. For more information, call 478-5289 or visit www.txculturaltrust.org. 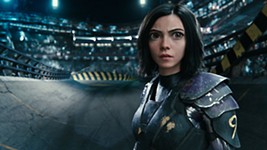