'Do I have the piano for you!' 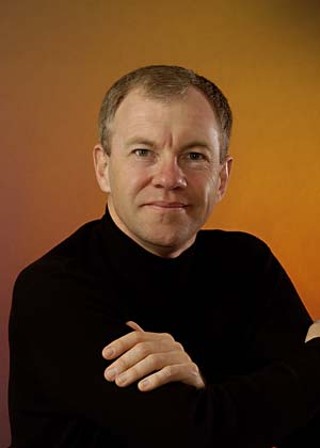 Anton Nel really likes the new Hamburg Steinway at the Long Center for the Performing Arts. And why shouldn't he? He picked it out himself.

Three years ago, the celebrated concert pianist and professor of piano at UT's Butler School of Music was playing his regular summer gig at the Aspen Music Festival, where, he says, truckloads of Steinways are brought down from New York every year. And upon playing this one particular Hamburg Steinway, he was, he says, "completely smitten with it. It was the funniest thing, because I play lots of pianos, and I'm blasé about these things now." But this one was so remarkable that he had the impulse to buy it, even though he knew he couldn't afford it. "So I played it happily about 10 or 12 times for the concerts that summer, and it went back to New York," he says. "And that fall, I was put on the committee to find the pianos for the Long Center. And I said, 'Boy, do I have the piano for you!'"

What drew Nel to the instrument was its versatility. "A Hamburg Steinway is a tricky piano," he notes. "In America, people don't play them that much. They have a darker sound, so sometimes they may not be ideal to play the really big concertos on. But this one can do it. It can do everything. It also has this wonderful range of softer colors. It's really amazing. They can use it in that space for concertos and recitals and chamber music. It does everything well."

Based on Nel's recommendation, the Long Center secured the instrument. The pianist has played it publicly in its new home at the Long Center's grand opening and, more recently, with the Austin Symphony, but until this week, he's never been able to put it in the spotlight. This Sunday, he gives the first piano recital in Dell Hall, and he's eager to showcase his discovery. "I love playing this instrument," he says. "It gives me great pleasure. And the music that I've chosen is going to show off the piano fabulously in every possible way. The Brahms is going to show the piano off magnificently, because it has such a dark side to it. The piano has a very sparkly upper register, which the Schubert is perfect for.

"It's a very mainstream program, but I adore it. I just wanted to play things that I like. I'm at the age now when I don't do politically correct things anymore. I'm over that. I play things that I like and that I feel I have an affinity for. I wanted to put Haydn and Mendelssohn on it because it's their years. That's important to me. And the rest of it is just really stuff that I like. It's a Sunday afternoon concert, and I wanted something that everyone would enjoy, myself included."