Sold on the Cool

The Blanton's 'Birth of the Cool' is midcentury modernism made sexy The woman leans back into the sleek black sofa, her blue dress and red nails and lipstick popping against the house's stark white walls, ceiling, and floor – great blocks of white broken only by a few black beams and accent lines like dark bars in an abstract painting. Her head and body are tilted as if she's listening to something, and indeed, behind her stands a man in a dark suit at an entertainment console – a long rectangular box on tubelike metal legs on which sit an ashtray, a planter, and a small sculpture of a bird as smooth and clean as the console itself. The look of it all is cool, as in streamlined, spare, sharp, and up to date (at least for 1958). That makes it cool as in hip, too, and you can imagine this button-down man has just set the needle down on an LP by Chet Baker or Miles Davis, and these two are soaking up the first blue notes of chilled West Coast jazz before slipping into a pair of Tanqueray martinis, extra-dry.

This image by photographer Julius Shulman, taken to showcase the work of architect Pierre Koenig (who is, in fact, the man at the hi-fi), captures not only the look of midcentury modernism – that clean, minimalist aesthetic – but the vibe of it: the chicness, the sophistication, the style. You don't just admire it; you desire it. Small wonder, then, that the image is being used by the Blanton Museum of Art to advertise "Birth of the Cool: California Art, Design, and Culture at Midcentury" – and I don't use that verb casually. The era on which this touring exhibit is focused is also the era in which advertising rose to new prominence in American commerce, as any fan of the cable series Mad Men can tell you. Postwar prosperity and the arrival of television combined to create a vast new audience for goods and a powerful new medium for marketing them. And Shulman's photographs, as artful as they are, shimmer with the carefully composed allure of a sales job from back in the day.

Locating us in that era is something this show from the Orange County Museum of Art takes pains to do. The first room is taken up with a lengthy timeline for the year 1959. Text blurbs detail Sen. John F. Kennedy's presidential bid, Nixon squaring off against Khrushchev, and the forward march of the civil rights movement alongside accounts of cultural milestones with interactive elements that are, well, cool. You can listen to cuts from the classic Dave Brubeck Quartet album Time Out and Duke Ellington's soundtrack to Anatomy of a Murder and watch scenes from Hitchcock's North by Northwest, TV's The Many Loves of Dobie Gillis, and Playboy's Penthouse, Hugh Hefner's first venture into the television variety/talk show, with Nat "King" Cole, Ella Fitzgerald, and Lenny Bruce as guests. It's fun stuff, and anyone interested in such material is well advised to reserve ample time for taking in the exhibition.

By the time you head toward the bulk of the exhibit's artifacts, you're solidly grounded in this moment in time, and it becomes easier to see this midcentury modernism as a progression from the previous two decades. The clean lines in Koenig's architecture and the hard-edged shapes in the abstract paintings of Lorser Feitelson and Frederick Hammersley and the smooth chairs of Charles and Ray Eames speak to a kind of shedding of ornamentation from previous periods of art and design. It's as if the representational and the decorative were emblematic of the Depression and World War II and were being sloughed off in this era of expansion and prosperity. America couldn't afford to be weighted down with the past as it moved toward the future. The view in Shulman's photograph Case Study House #22 – from the house high on a hill, with the lights of Los Angeles dotting the dark valley below – says it all: We're on top now, the world at our feet. This is our future.

But if we get a good sense of how the country came to this moment in history, we don't get much sense of how modernism got there. Aside from a few references in the timeline to earlier modernist works and creators, the links to the "cool" modernism of midcentury are missing. It's noted that in 1959, Frank Lloyd Wright passed away, but his influence on the work of Koenig, say, goes unremarked upon. It's only when you see the North by Northwest clip, set in a modernist home strikingly similar to Koenig's Case Study homes in the exhibit but based on the designs of Wright, that you gain a sense that the architecture by Koenig and Richard Neutra might have been part of a modernist tradition that had developed over time. The same is true of the furniture design by Charles and Ray Eames; the abstract art by Feitelson, Hammersley, Helen Lundeberg, and others; and the jazz by Davis, Baker, Brubeck, et al.: We're lacking a sense of the history and influences that these were drawn from.

With that present, we'd have an even greater appreciation of what the modernism presented here achieved, how it infused the movement with something new. The cleanliness and elegance of earlier forms – be they Mission Revival architecture, Scandinavian design, or abstract expressionism – are there, but midcentury modernism added an understated dose of sensuality. You see it in the subtle curves of those Eames chairs, contoured to the body. It's in the muted colors of Lundeberg's architectural abstracts, pale and soothing. You hear it in the laid-back, relaxed rhythms of West Coast jazz played in the exhibition's jazz lounge and see it in William Claxton's breathtakingly sumptuous black-and-white photographs of jazz musicians hanging there: It's all so seductive – modernism made sexy. And at "Birth of the Cool," you just want to ease into it and steep there, like in a hot bath.

At one point in Mad Men, adman/cad man Don Draper is dispatched to Southern California to pitch business to the burgeoning aerospace industries. He falls in with a jet-set princess and her decadent Eurotrash family and, amid the perfect weather and pools, contemplates abandoning his East Coast life for this West Coast land of lotus-eaters. It's a temptation that has waylaid many a visitor to the region, and it's part of the secret of the culture of cool documented in the exhibition. It doesn't just strip away the ornament and decoration, but like SoCal seems to do, it strips away the struggle and strain of life, leaving just what's smooth and loose and chill.

You gotta figure that Don Draper could come up with an irresistible way to sell that. But he wouldn't need to. Cool sells itself.

"Birth of the Cool: California Art, Design, and Culture at Midcentury" is on view through May 17 at the Blanton Museum of Art, MLK and Congress. The Blanton is supplementing the exhibition with a number of special programs and offers developed with various community partners. For more information, visit www.blantonmuseum.org.

'Birth of the Cool' film series

The Alamo Drafthouse and the Austin Film Society screen exhibit-related films Wednesdays, 7pm, at the Alamo at the Ritz, 320 E. Sixth. For more information, visit www.originalalamo.com or www.austinfilm.org.

This exhibition by the Austin chapter of the American Institute of Architects showcases examples of midcentury modernism in Austin, including Municipal Auditorium, Mueller Airport, motor-court motels, schools, churches, and homes from the late 1940s through the early 1960s. Opens Saturday, March 14, 6:30pm, at the Austin Center for Architecture, 801 W. 12th, with a gallery talk by Riley Triggs. For more information, visit www.aiaaustin.org.

'Birth of the Cool' Discounts

Showing your Blanton admission receipt at the following businesses entitles you to:

and 15% off tickets to see jazz legend Sonny Rollins at Bass Concert Hall on May 3 (offer code: tenor).

Thursday, March 19, 5:30-9pm: Third Thursday featuring jazz, yoga in the galleries, and a Blanton Book Club meeting followed by a tour of the exhibit. 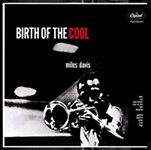 'Birth of the Cool'
A surfeit of coolness