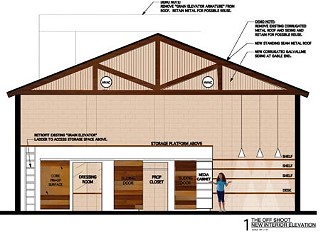 For more than nine years, the Rude Mechs have been giving young women the gift of self-expression through Grrl Action, a program that, through creative writing and performance, helps adolescent girls discover and develop their artistic voices in a safe space. This July, as the program marks its first decade, the Rudes will also be giving young women a physical space of their own in which to make those discoveries. Adjacent to the Off Center, the former warehouse where the theatre collective produces original homegrown works such as The Method Gun and Lipstick Traces, is another warehouse with 1,400 square feet of space that will be transformed into a venue that's part theatre, part research and development lab, part clubhouse. The Off Shoot, as it's being called, will be fitted with all the equipment the girls need to create their multidisciplinary projects throughout the calendar year.

Cap Metro, which you may not know is the landlord for the Rudes, expanded their lease to include the new property. Metal sign shop Hinge Design is creating a new sliding door with a Grrl Action logo all made of corrugated metal repurposed from the warehouse roof. Once you're inside, architectural designer Nicole Blair of Studio 512 takes over, fitting out the space for lockers and a dressing room for the girls, storage for costumes and props, a resource lab with video equipment and computers (Rice University is donating writing desks), and a library of donated books, magazines, and DVDs. The performance area will have a lighting grid, a PA system and mixer for sound, and a projector for video. Ramirez Homes Inc. will serve as contractor.

Funding for the project got a big boost in 2007 when Impact Austin awarded the Rudes $104,000 to expand Grrl Action from a summer workshop to a year-round program. Of that amount, $10,000 was dedicated to the creation of the Off Shoot. Other funders have since jumped on board (the Meadows Foundation, Austin Community Foundation, Dollar General Corp.), and with a recent $40,000 gift from the Laos House – Center for Personal Learning, made in honor of its founder and director, Robert Bryant, and in memory of chef Charles "the Wiz" Smith, the amount raised for the Off Shoot renovation sits at $80,000.

That puts the Off Shoot on track for a grand opening this summer. Madge Darlington, a Rude Mechs co-producing artistic director and co-managing program director of Grrl Action, estimates that once the space is up and running, the program will be able to serve 30 to 40 girls a year. That's a lot of new voices being raised in the world, and we need every one. For more information, visit www.grrlaction.org. 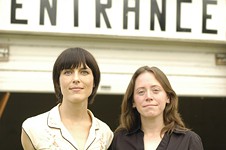