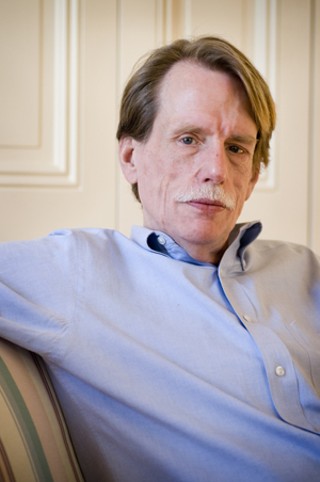 If anyone understands First Night – its potential for bringing a city together in a single communal celebration as well as the logistical challenges in producing such a monumental event – it's Dave Sullivan. He was on hand for First Night's conception in 1976 and saw what was initially intended as an event for just one community (Boston) and one specific celebration (the Bicentennial) evolve into an annual attempt to, as he puts it, "turn the whole New Year's Eve concept upside down." First Night took an evening geared largely toward adults consuming alcohol and made it a time for families to revel in art and culture. From serving as director of corporate relations for First Night Boston, Sullivan jumped to First Night International, the organization that now authorizes and monitors the event in more than 100 cities nationwide and dozens more outside the U.S. This summer he left his position as executive director there to become executive director of First Night Austin.

He's bringing that organization some welcome stability. In First Night Austin's first four years, it's seen three changes in leadership, which has led to some lack of continuity in the organization's direction. Sullivan has spent the last six months not just familiarizing himself with Austin and preparing for this year's event on Dec. 31 but also developing a new direction for First Night Austin, which he described for the Chronicle at the First Night Austin offices on Dec. 12.

Dave Sullivan: This board of directors did an incredible job of preparing for me to arrive here. Their search was mostly within the borders of Austin, and I was the fluke that showed up. I had posted the job notice at First Night International, and I read the posting, and in my head I went, "Do you have one more event in you, Dave?" So I applied. The irony here is I signed the license to make First Night Austin happen. I saw Ann Graham's name and Anne Elizabeth [Wynn]'s name, and I went through the paperwork and said, "Do this and this and this," and now here I am running the event. Who woulda thunk it?

Austin Chronicle: How has your first year been so far?

DS: I think the best way to describe it is to tell you the stats. We did a call to artists in the spring and received the second largest number of submissions of any city ever: 168. We have 70 performances and installations. I have employed 800 artists. And over 50 percent of our performers are from underserved populations. Most of my artists are from East Austin, and I'm saying, "Why not?" Why not? I said, if I couldn't get Manor [Road] and I couldn't get East Austin and I couldn't get the South of Austin, if I couldn't get these places in here to celebrate this urban core, then I would bail. So in my selection process, I was really thinking about the geographics, and I'm really pleased about what we're doing.

DS: Yes. Comparisons can get you into trouble. When you're looking at stuff, you can't always say, "This is better than last year." But as a businessman, I have to make it better or different every year. That's what First Night is all about.

I want there to be a vibrancy that touches a number of different elements at the same time. So this year, I have drumming of different cultures happening throughout this entire event, when you least expect it. So you might be walking down the street, and an African drum corps will come by or a hip-hop group will go in the other direction. The idea is to hit the heart. That's why drumming is something every single culture has; it's so rhythmic, and the connection brings people together, and there's a warmth to it.

My experiment this year is: You can come to this event and be part of a workshop to learn something, but be careful, because at a particular point, a banner may come over, and your group that's doing the workshop may end up performing on the First Street Bridge.

With the procession, I've brought back some whimsical things because I really do have a whimsical sense about things. The Bibliophiles [the book-cart drill team from the Austin Public Library] are coming back, but we also have the Texas Rollergirls, and the Rollergirls are going to protect the water. And I was so struck by the passion of a lot of the nonprofits in town that we're going to have 25 nonprofits in a group called Lights on a Nonprofit. There's going to be a pedicab going through this group, and at a particular point, a spotlight is going to come on, and an executive director of a nonprofit is going to get in the pedicab and tell the crowd what he does. All of these groups have young professional groups that support their nonprofits, and they're all coming out festooned in things that have to do with lighting. For example, Emancipet is going to have a float, and some of the people are going to be wearing those surgical dog collars with lights all the way around them. I mean, how fun can that be? And their creativity is just beyond the energy there. If it isn't artistic, I don't want it. And "artistic" isn't a snobby word to me. "Artistic" is just get what's in here [points to himself] and put it out.

Keep the Night Alive is an outreach program we've created with Theatre Action Project. It's been going on since September in 34 different schools. Over a hundred students have been busily making creatures of the night – lit-up spiders and lit-up bats and that sort of thing. There have been lantern-making workshops in H-E-B stores, our major sponsor, and we'll have a lantern-making project the day of the event, so if you want to make a lantern, you can be part of the procession. Why can't you be part of the procession? Everybody should.

AC: You've mentioned turning First Night into more than just one event one day a year.

DS: In our artist selection this year, we wanted to see the component of outreach at three to four months, because after this event is over, where we're moving is into incubations and think tanks. I'm presently in negotiations about creating something on the radio called Doughnuts With Dave. It's not about me. It's about artists talking about empowering communities and what they can do together. The idea is to listen to the artists who have a point of view, whether it's Randy Jewart [of Austin Green Art] or [First Night artist] Johnny Walker or any of these other artists. They have a voice, and their voice is about their art. I want to create as many platforms as possible.

I have plans to do other events during the year. I think the thankfulness of Thanksgiving has potential. What if we came up with an idea similar to [WaterFire on the rivers in Providence, R.I.]? We have beautiful kayaks. Wouldn't it be great to light the kayaks up, and they would come out into the water, and maybe there's spiritual music and this concept of people coming together after everybody has burped up their turkey – to come together as a community and give thanks for where we are. That's not political. That's not religious. That's people taking another moment in time and saying, "You know, we're unique and glad to be here." I see that as some of our purpose: to do things that are elements of art that bring us together.

There are other things that we're going to be doing to celebrate Austin. It's very important to celebrate this city. It's a phenomenal city. There's a vibrancy happening here, and that's why I think First Night Austin will always go on and will continue to build. 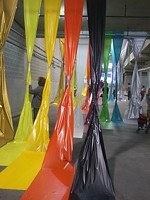