July has been a rough month for funky Austin arts venues. First, the Enchanted Forest in South Austin shut down over a city permit issue (see "The Enchanted Forest," below). Then, little more than a week later, in the UT campus area, Spider House's sister space, the United States Art Authority, announced it would be closing its doors indefinitely while it worked to iron out some issues over – wait for it – permits with the city of Austin. In the case of the new performance venue and art gallery, the sticking point involved zoning for the property, which housed a plasma center previously. When business partners John Dorgan and Conrad Bejarano acquired the property to expand their entertainment empire between Whitis and Guadalupe at 29th Street – the two also own Spider House, EcoClean, and I Luv Video – they thought they had dotted all the i's and crossed all the t's regarding health, safety, and fire inspections, not to mention the Texas Alcoholic Beverage Commission permits to extend the Spider House footprint into the new space. Unfortunately, according to Bejarano, somebody lodged enough complaints about USAA events that the city was led to take another look at the business' paperwork, at which point it was discovered that the venue didn't have the proper certificate of occupancy.

"This one person who was upset that we were operating a bar didn't take into account our cultural contribution to the city," says Bejarano. "In half a year of operation, we've donated our space to artists, musicians, filmmakers, and over a dozen nonprofits who would otherwise not have a venue for their performances and fundraisers."

"We really thrive on the vibrant culture of Austin, and our efforts have always been to participate in and promote this scene in our own small way," adds Dorgan. "That's our great strength, and that's why we're hopeful that we'll be able to work with the city to reopen the Art Authority in the coming months."

Meanwhile, though, Art Authority events booked for August are being relocated to other venues. Updates can be found at www.spiderhousecafe.com.

The Enchanted Forest: Not chopped down yet

Last week's news that the Enchanted Forest had its operating permit yanked by the city has had fans of the South Austin outdoor gallery and performance space up in arms. But owner and operator Albert DeLoach is determined to deal with any code violations and work with city officials to find ways to get the 3½-acre facility open again as soon as possible. To that end, he has a scheduled meeting with the mayor's staff to talk possible zoning and permitting options. See Richard Whittaker's "Permit Woes," for the scoop. 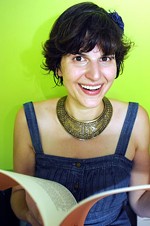 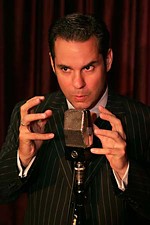