Wonder Stories: Artists in Space and Unstuck in Time

What work of science fiction affected you the most?

Right now Frank Herbert's Dune Chronicles come to mind; I think partly because my 7-month-old daughter has this baby-minder chair that she can swivel around in, and it reminds me of the Baron Harkonnen. Star Trek: The Next Generation was also a lifeline of Americana when my wife and I first moved to England in 1995. Finally, I have to recognize the special place in my heart for the first Terminator movie and Blade Runner. Not only did these films make strong visual impressions on me, but their sound scores still get me excited. 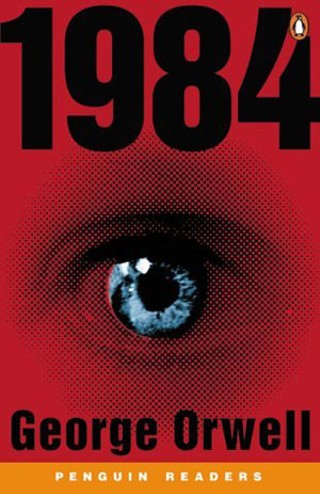 If I had to pick just one thing, I'd say George Orwell's 1984 has had the most impact on me. It was so ahead of its time and relates so closely to how the world is today in many ways. It's a little bit scary how prescient that book was! I'd also rank Italo Calvino's Cosmicomics up there as an influential source. And of course, I can't discount what an impact seeing E.T. and Poltergeist had on me as a child, perhaps igniting my beliefs in alien life and the supernatural! As you might imagine, I was a die-hard fan of Twin Peaks and The X-Files (and I can't wait to see the new X-Files movie).

Improviser, member of Get Up and Girls Girls Girls, head of Merlin Works

I was shocked and embarrassed to be crying in the movie theatre after the line, "Number 5 is alive!" But despite the cheesiness of the special effects and Steve Guttenberg's acting, I was sobbing at the movie Short Circuit. This was my first experience of many to follow – from Data on Star Trek: The Next Generation to WALL-E – robots in science fiction touch my heart like nothing else. Robots capture what is most advanced about our society but also what is most innocent. Like Number 5 and Ally Sheedy dancing a duet to the Bee Gees' "More Than a Woman." What could be more innocent? It gets me every time.

Actor, currently starring in The Clean House at Zach Theatre

It is 6pm on a Wednesday in 1968, it is hamburger night at the Lane household in Oklahoma City, and I am two feet away from the black-and-white TV set with my turquoise Melmac dinner plate on the floor in front of me as the theme song for Lost in Space begins. I wanted more than anything to be an astronaut like Penny Robinson, but I was told that you have to be good at math to be an astronaut. ("Oh the pain, William, the pain!") When my mother explained that these people were actors and were just pretending to be in outer space, it was the undeniable beginning of my desire to be an actress.

I am currently obsessed with Battlestar Galactica. I come home from performing our show, put in a DVD, and relax to some of the best "fraking" writing and storylines on television. Mary McDonnell is an actress whose work is so complex and subtle. I would like to be the first fortysomething Viper pilot in the fleet! My qualifications: I am excellent at pretend math.

I grew up essentially in my own sci-fi world. Chuck Yeager's quarters were the back-to-back neighbors of the yard in which I played as a child growing up at Edwards Air Force Base (in the middle of the Mojave Desert), while my father was the commander of the U-2 project that eventually took the pictures of the Cuban missiles of the time that has since become known as the Cuban Missile Crisis. The designer of the U-2 – Kelly Johnson of Skunk Works project of Lockheed – would visit with the pilots about the new aircraft in our home. My Sunday-school teacher was Mrs. Borman, whose husband, Frank, was part of the three-man crew that walked on the moon (on my birthday!). So I maintained a steady diet of The Twilight Zone (never missed an episode) and any future-focused book/movie/comic that I could get my hands on – Jules Verne chief among them. The odd twist here is that, given the fact that I was growing up around the birth of the space project and aerial reconnaissance, I had a tendency to take in these materials much more as fact than fiction! A great way to grow up, minus the rattlesnakes that were also part of life.

"Slaughterhouse-Five – such a deceptively brilliant and pervasive book. Vonnegut's surprising (and fearless) decision that his World War II experiences in Dresden could live side-by-side with a science-fiction narrative completely lured me (not a sci-fi reader) in and rendered the experience unforgettable. He somehow managed to tread that fine line between the remembered, the invented, and the imagined – with profound, and profoundly funny, results. The notion that at a time of tragedy or war we are, like Billy Pilgrim, 'unstuck in time' is surely, and sadly, as timely now as ever."