KMFA: The Man Behind 'Classically Austin' Leaves for Portland

Jack Allen, the man who recharged Austin's classical radio station, is off to do the same for a West Coast station

It might not rate a reprise of Verdi's Requiem, but Saturday will be a somber time for fans of KMFA 89.5. That's because it's Jack Allen's last day as general manager and program director for Central Texas' only all-classical station. After five years in Austin, Allen is packing his bags for Portland, Ore., where he will serve as the new president and CEO of All Classical KBPS 89.9.

Allen is widely credited with recharging KMFA during his time here. When Allen made the move to KMFA from Minnesota Public Radio in 2003, the Austin public radio station was in a funk: Membership was declining, financial growth was stagnant, and the station was pretty much running in place, doing what it had done for decades in terms of programming and services. Allen shook things up: hiring a music director, shortening on-air shifts, steering the station toward new technologies such as Web streaming and HD radio, even developing a new identity for the station. The changes didn't always come smoothly, but they got results. Since his arrival, memberships have been on a steady climb, pledge drives have been setting new records, and the station obtained a major Community Service Grant from the Corporation for Public Broadcasting for the first time in its history. Of his 17 years in radio, Allen says he's "most proud of what we've accomplished here at KMFA in the past five years."

Taking the reins from Allen, at least for the time being, is Joan Kobayashi, KMFA development and marketing director, who was named interim general manager by the board of trustees last week. Kobayashi has been with KMFA since 1999 and knows the inner workings of the station about as well as anyone. She has the vote of confidence from not only the board, but also the man she's replacing. In a statement released by KMFA, Allen said: "I've known many people in my public radio career, and Joan stands out as one of the finest. I've worked very closely with Joan for five years and found her to be savvy, inquisitive, and always interested in listener-focused innovations. She is very sensitive to the Central Texas community and dedicated to the good stewardship of this rare cultural asset. KMFA is in good hands!" 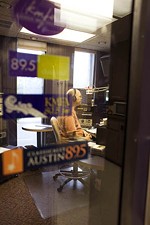 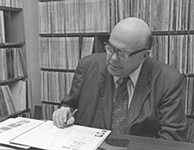