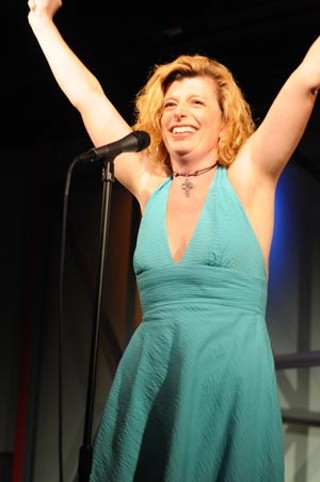 On Monday, June 2, the Austin Critics Table handed out its annual awards for outstanding achievements in the Austin arts in a ceremony at the Cap City Comedy Club. This year's ceremony, the 16th such presented by this informal association of local arts writers, began with the induction of Margie Coyle, Stan Haas, Don Howell, Craig Hella Johnson, Joe R. and Teresa Lozano Long, and Tina Marsh into the Austin Arts Hall of Fame.

In the awards themselves, the most honored works were Ballet Austin's Cult of Color: Call to Color, the original ballet based on the artwork of Trenton Doyle Hancock; and Zach Theatre's reinvention of Porgy and Bess, which won four awards and a Special Citation for Greg Bolin's arrangements. Also winning four awards was the Mary Moody Northen Theatre production of Full Circle, a satirical update of The Caucasian Chalk Circle.

Jude Hickey, The Pillowman/ Io: a myth about you

Fefu and Her Friends, UT Department of Theatre & Dance

Robin Lewis, Jesucristo Superestrella/Full Circle/Porgy and Bess/ On the Town

Sarah Davidson, Fefu and Her Friends/Assassins

Nobody Likes a Show-Off. Well, Maybe Just This Once, Austin Chamber Music Center

"The American Nightmare – The Marriage of Church and State: A Dark Fantasia on Hymn and Patriotic Tunes," P. Kellach Waddle

"The Book of Lenny: Jonathan Marshall,"

"I Am ___," Jackie Young and Cybil Gustafson, Art City Austin

Note to Self, Jill Pangallo, "New Art in Austin: 20 to Watch"

"Jorge Macchi: The Anatomy of Melancholy," Blanton Museum of Art

David Justin, for his set changes in the American Repertory Ensemble performances

Soloists in The Odyssey

Greg Bolin, for his arrangements for Porgy and Bess

Thanks for the Memories Award

Past, Present, and Future Award