Theatre, dance, music, and film meld and get supercharged in the Fuse Box Festival 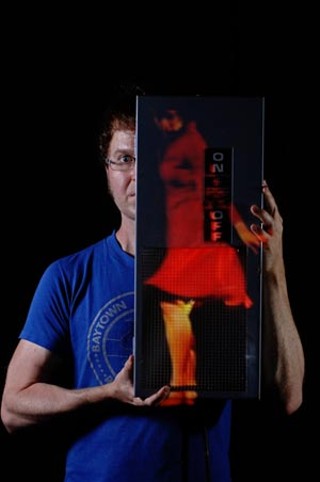 The walls are coming down.

The barriers that for centuries have stood between different kinds of art – keeping the visual arts apart from dance and classical music apart from theatre and everyone apart from everyone else in their nice, discrete disciplines – are being yanked down nowadays like it's Berlin, 1989. Dancers are making moves in galleries, and visual artists are slinging paint at the ballet barre; opera singers are cozying up to comedians, and rock musicians are belting out tunes in legit musicals. The kinds of cross-discipline collaborations that used to be so rare that the artists engaged in them seemed like spies, furtively sneaking over the wall into an opposing camp, are rapidly becoming commonplace. When you have Spank Dance Company dancers being painted by artists in the Austin Figurative Gallery, the UT Performing Arts Center developing the musical Marathon with music-scene mainstays Jesse Sublett and Darden Smith, Zach Theatre packing the cast of the Daniel Johnston musical Speeding Motorcycle with music community stars, Ballet Austin and Arthouse teaming up to get Trenton Doyle Hancock's Vegans dancing in Cult of Color: Call to Color, and Austin Lyric Opera sitting down with Esther's Follies to rewrite Die Fledermaus, all in less than a year, it's evidence that our city's artists are hard at work demolishing the old cultural dividers.

And no one is smashing away at those walls harder, faster, and with more glee than Ron Berry. As artistic director for Refraction Arts Project, Berry has been the instigator for a number of memorable cross-disciplinary projects, such as a stage adaptation of The Metamorphosis that not only integrated live theatre and video but was supplemented by the Kafka Museum, an installation including sculptures, writings, audio works, and other creations by local artists riffing on the writer. The North Project was even grander in scope, transforming the entire Blue Theater into an installation that explored the idea of "north" through video of the aurora borealis, a troupe of dancers moving incredibly slowly in front of a 15-foot-tall time-lapse film of a Finnish village, an actor posing as the Russian proprietor of the world's northernmost bar, audio interviews with people who live above the 60th parallel, a small room in which visitors could isolate themselves and type out their own ideas about what "north" is, and more. But Berry's crowning achievement may be the Fuse Box Festival, an annual event meant to bring together under the same presentational tent, as it were, new and experimental works of theatre, music, dance, film, and – especially – any combination of those forms in an artistic hybrid.

Initially, most of the artists included in the festival were from Austin, but the idea was always for Fuse Box to include artists from outside the city who could share a way of working that perhaps wasn't being seen locally, yet. Four years ago, it was just two artists from New York City, dancer Laura Quattrochi and sculptor Agata Olek, collaborating with local painter/video artist Thúy-Vân Vu on the work Box 7.1. This year, some half of the 75 artists and companies that are part of Fuse Box hail from places other than our town, places like Denton; Houston; New Orleans; New Mexico; Utah; Portland, Ore.; Minneapolis; New York City; London; Paris; Mexico City; and all across the Great White North. It's indicative of the way Fuse Box has grown, and grown quickly, in the brief time it's been in existence.

In fact, the festival has consistently expanded its offerings every year even as it has condensed the length of time in which it's cramming the ever more extensive roster of festival events, making it an ever more concentrated arts extravaganza, a supercharged cultural showcase. What started with three plays, five performance pieces, five visual-art installations, and one dance/video collaboration spread out over a month is, in its fourth year, more than three dozen different projects of all kinds packed into just 10 days – and it's become harder and harder to identify the pieces as belonging to particular disciplines because more and more of them combine elements of two or more art forms, such as:

• The Haymarket Project, which utilizes puppets by TroublePuppet Theater, music by Lauren Gurgiolo, and projections by Lettuce Turnip Media to revisit the deadly 1886 rally in Chicago and the trials and executions that followed it;

• La guerre de la travailleur, for which installation artist Erin Curtis has transformed the Mass Gallery into a faux hospital lobby, where visitors can watch a performance by collaborator Erick Michaud on video monitors;

• Typewriter Chorus, Terry Plumming's experimental writing exercise in which participants sitting at typewriters type what they hear as they're read to from multiple texts by multiple individuals;

• We Three Kings, a work-in-progress from the Cripple Creek Theatre Company and NoLa Rising in which New Orleans-based performers, musicians, and street artists mix fiddles, flashlights, laptops, and night lamps to evoke a dreamlike vision of life in the Crescent City;

And that's just the tip of the inflatable iceberg. The 2008 festival boasts return visits by the Minneapolis dance sensation Hijack and the Debate Society, a New York City theatre company, both of which electrified audiences at the fest last April. The lauded London company Rotozaza makes its Austin debut, bringing two widely acclaimed works: the enigmatic Five in the Morning, in which three swimmers follow commands delivered by disembodied voices, and the daring Etiquette, which invites two people at a time to sit in a public cafe wearing headphones that feed them lines and actions to perform. (People who have done it say it's perspective-altering.) From St. Louis comes 4ms Pedals, bringing a "Dreaming Machine" sound installation consisting of an army of Furbys and other plastic electro-anthropomorphs, flashing lights, and audio stimulation that combine to take the viewer toward a meditative state. Former Austin resident Neal Medlyn returns with an opera (!) loosely based on Richard Strauss' Arabella but composed entirely of songs from the Lionel Richie greatest-hits album Back to Front – in the order in which they appear on the album. Playwright/performer Lisa D'Amour is also coming back to town to work with longtime collaborator Katie Pearl (Anna Bella Eema, Slabber, Dress Me Blue/Window Me Sky) on a piece that involves molecules, memories, and marshmallows – 600 of them. Austin dancer Andee Scott is bringing to a close a four-year project in which she commissioned five women choreographers from around the world to create a solo for her and spent a month with each of them learning the piece; she'll perform all five and show video documentaries of the process. And filmmakers Ben Coonley, James Fotopoulos, and Spencer Parsons (a frequent Chronicle contributor) are launching a three-year project in which they oversee the adaptation of all 137 chapters of Herman Melville's Moby Dick to film, with each chapter assigned to a different filmmaker. (See "A Whale of a Tale Goes 21st Century," Screens.)

What you'll find as you spend a little time with the Fuse Box schedule (www.refractionarts.org/fusebox/calendar.shtml) is that each project has its own strange spark that attracts and fascinates, if only by making you wonder how the devil someone ever thought of such a thing. Put all these sparks together, and you have a charge that's almost irresistible, not just to audiences but also to artists, bringing them together and establishing – at the risk of overloading the old electricity metaphor here – a current that flows throughout all disciplines to generate new kinds of power and light. If you need to know why Fuse Box is different from the thousand other festivals in Austin now, that's it. And that kind of electricity is what happens when the walls come down. 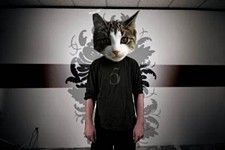 Fuse Box: The final jolt
Refraction Arts' newly expanded Fuse Box Festival is almost out of juice, but before it goes, it still has some electrifying new dance, theatre, video, and site-specific performance to deliver