Austin V-Day: Victory over violence with the 'Vagina' and its author, Eve 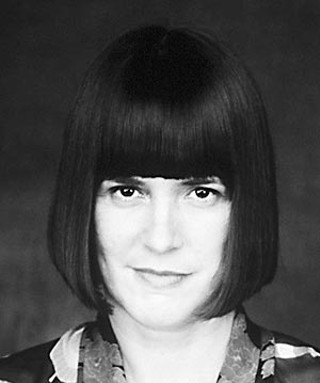 V-Day is one of those annual events where folks all over the world take part in the same event in their individual communities as a way of focusing attention on a global effort in a global way. With V-Day, it's the fight to stop violence against women and girls, whether that means rape, battery, incest, female genital mutilation, or sexual slavery and whether it's in the U.S., Europe, the Middle East, Asia, Africa, or any other corner of the globe. It arose in part from the phenomenal response to The Vagina Monologues and the realization on the part of playwright Eve Ensler that she could use that lever to move the world. She worked with Feminist.com, an organization also concerned with violence against women, to produce special performances of The Vagina Monologues that would benefit organizations working to end violence against women. Choosing Valentine's Day as an apt spot on the calendar to coordinate these benefit shows, they gave birth to V-Day – the "V" stands for Valentine, Vagina, and Victory.

Over the last decade, V-Day events have raised more than $6 million, and in 2007, more than 1,150 communities around the world hosted V-Day benefits. For this year's 10th anniversary, Ensler is visiting 20 communities across the nation to take part in their local V-Day events, and Austin is one of the fortunate cities. For the local V-Day event this Friday, March 14, she will not only speak about the V-Day vision; she'll also read a new monologue written especially for Austin.

Local organizers have chosen to draw special attention to women in the U.S. military who have been sexually abused by their fellow soldiers. To that end, taking part in the event will be retired Col. Ann Wright, co-author of the book Dissent: Voices of Conscience; April Fitzsimmons, former Air Force intelligence analyst and author of the play The Need to Know; the Rev. (Capt.) Dorothy Mackey, founder of the organization Survivors Take Action Against Abuse by Military Personnel; Sara Rich, mother of Suzanne Swift, who endured sexual harassment while serving in Iraq; and actress Liz Mikel, from the cast of the TV series Friday Night Lights. The program begins at 6pm with musical performances by Carolyn Wonderland and Patrice Pike, followed by The Vagina Monologues at 7:30pm.

All profits from the Austin V-Day event will benefit the Service Women's Action Network, a group providing support for military servicewomen and women considering military service; the Settlement Home for Children, which provides 27 beds for girls ages 7 to 17 in need of 24-hour therapeutic care; and the Katrina Warriors Network, a diverse body of individuals, affinities, organizations, and institutions supporting the well-being of women and girls in New Orleans and the Gulf South.

Think about all the violence out there, then think about one day when you can help stop it. Join the "V."