That wild, free-for-all spirit is part of the kick of FronteraFest 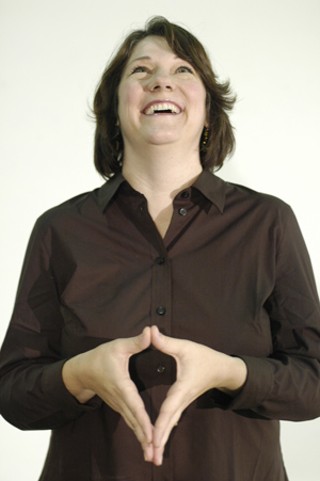 "My Vagina and I Are Not on Speaking Terms"

The hidden lives of flight attendants. And artists. And actors who do children's theatre.

The confessions of an obsessive Queen fan.

The epic struggle of the Greatest Actors in the Universe.

Where else will you find such oddities and wonders but FronteraFest, the annual jamboree of homegrown performance where anyone and everyone is encouraged to take the stage with whatever moves them, be it self-written monologue, interpretive dance, or hip-hop. Anything goes at FronteraFest, which is part of what makes it such a kick. Theatrical styles and disciplines jostle against one another; experienced writers and actors bump against amateurs making their debuts. Experimentation abounds, as does courage and not a little folly. The unrestrained variety, with that free-for-all spirit and personal stake on the part of those on the stage, exhilarates. Seeing so many people taking risks is a perfect way to start a new year.

So now's the time to work out what to see and when. This year's Short Fringe – the traditional showcase of pieces 25 minutes or less – runs Jan. 15-Feb. 16, Tuesday-Saturday, at Hyde Park Theatre, 511 W. 43rd. As always, the Saturday program offers the Best of the Week, culled from works presented Tuesday through Friday, and the fifth week features pieces judged Best of the Fest. Each Wednesday will feature a piece commissioned by the playwrights organization Austin Script Works: "Apocalypse," by Elizabeth Cobbe (Jan. 16); "Larius Likler," by Aimée Gonzales (Jan. 23); "Parents Are People," by Sarah Saltwick (Jan. 30); and "How Little Has Changed," by Max Langert (Feb. 7).

The 2008 Long Fringe offers 11 full-length productions running Jan. 22-Feb. 3 at the Blue Theater, 916 Springdale, with one show at the Hideout, 617 Congress. Plus, there's Mi Casa Es Su Teatro, a host of original works performed in homes around Austin on Saturday, Feb. 9. Tickets are $3 per show and will be sold at the door on a cash-only basis. For information, call 479-PLAY, the FronteraFest hotline at 236-7511, or visit www.hydeparktheatre.org.

"My Vagina and I Are Not on Speaking Terms," by Nettie Hartsock. Monologue from "I'll take the husband and kids with a vagina on the side to go" work in progress.

"Junky Central, USA," by Elizabeth Krieg, choreographed by RAD. News report of the state of the nation through the eyes of our favorite junkies.

"The Weiner Chronicles," by Alex Garza. Monologues by Alex Garza that dare to rationalize the enigma that is man's phallic dependence.

"My Ballet for Dog and Red-Haired Girl," by Hank Schwemmer. An open window and a long way down.

"Apocalypse," by Elizabeth Cobbe (an Austin Script Works commission). The world is coming to an end. Oops!

"Stand" and "Son of the Lizard King," by Jason Tremblay. Theatre Silica presents two acclaimed plays that will "steal about 10 minutes of your life."

"A Genuine Plea to My Insides," by Kelli Bland. A dialogue between the performer and her body.

"My Junior," by Anne Boyd. A young mother tries to save her son from the future she believes he is predestined to lead because of his race.

"This Dream Is Short, But This Dream Is Happy," by Sean Tribe. A monologue about Las Vegas, redemption, graduate school, and a gnostic goddess.

"Trigger Happy Jack," by Timothy Braun. A dream that leaves a girl with a decision to make.

"Moving Parts Due to Lubrication," by Sue Bilich and Abby November with Sandy Simon and Mary Elizabeth. Three psychotherapists discuss intimate moments about their patients.

"Kawaisoo (The Pity of Things)," by Jason Grote. Capital T Theatre presents a one-woman show about America's commodity fetishism in the wake of 9/11.

"Brain Big," by Priscilla Sample. A monologue excerpted from a play about female body image.

"Princess Press-On," by Allison Landa. In Munich, at the Hotel Italia, the author finds a Nigerian royal drinking a German beer and extending a dicey invitation.

"Joe Normal," by Mark Farias. Exploration of the nature of heroism and society's acceptance of its absence.

One A.M. Chris Trew and Tami Nelson of ColdTowne perform two-person improv based off of one suggestion.

"Larius Likler," by Aimée Gonzalez (an Austin Script Works commission). A man whose name is almost an anagram for "serial killer" decides almost to become one.

"Amusing Karl," by Francisco Rodriguez. As Thalia strives to seduce Karl Marx, she discovers that her biggest competition is his typewriter.

"The Diary of a Mad Cat Wrangler," by Alex Garza and Gwendolyn Kelso. Comedy about the trials and tribulations of performing children's theatre.

"The Nymph," by Tim Thomas. Loaded Gun Theory presents a scene involving an ancient nymph who ensnares and enchants a mother and a daughter.

"Austin 3275," by Stuart Hersh. A story of race relations in Austin in July 1932 just as Prohibition is ending.

Get Up. Master improvisers Shannon McCormick and Shana Merlin present an improvised story.

"The Ballad of the Three Actorteers," by Alan Metoskie, Jason Newman, and Chuck Watkins. The three greatest actors in the universe struggle to perform challenging plays sent to them from the gods of theatre.

"Sublet," by Deborah Goldstein and Andrea Middleton. Living with a stranger.

"Dale Duncan," by Chris Sykes. An attempt at a positive outlook on cynicism.

"The Startling Story of My Not Suicide as Told by the Creepy Suicide Story Guy," by Paul B. Joiner. In the hope that others might learn from my mistakes.

"_______ the Musical!" by Girls Girls Girls. Austin's only all-female, all-musical improv troupe makes up a musical on the spot based on a suggested location.

"The Artist Behind Closed Doors"

"The Wager," by Janet Heimlich. Ex-con Eugene tries to teach his gambling-addict son a life-changing lesson. Adapted from "The Gambler," by Austin's Joe O'Connell.

"A Breathing Machine for Carmella Beautain," by Rebecca Wadlinger. An autopsy looks to be a routine procedure, but then ...

"A Life for Love and Pleasure: Remembering Mata Hari," by Miriam Robinson Gould. One-woman show about the woman known to history as the legendary spy.

"The Artist Behind Closed Doors," by Jessica Arnold. An intimate look at the artist behind closed doors, with hand puppets, granny panties, and baby Jesus.

"Pushkin Ploshit!" by Shelia Gordon. The life of an American woman in Moscow: boiling sinkholes, asphalt deathtraps, and conversations with the statue Pushkin.

"Talk to Me Like the Rain," by Tennessee Williams. A love story for four people.

"Based on the Lives of True American Heroes," by Jesse Donaldson. A middle-management wireless employee, a motherland security agent, and a janitor are trapped in a warehouse plagued by an infestation of holes.

"A Necklace for Each of My Lovers," by Meghan Dwyer. A play about the memories our body continues to wear after the people who created them have long gone.

"Play It by Ear," by Leticia Rodriguez with musicians Eric Calistri and Gerard Villanueva. West Austin meets West Side Story.

"Grading on a Curve," by A.V. Phibes. A monologue concerning a bored artist with cannibalistic tendencies.

"The Pinpricks," by Dolores Judith Diaz with acknowledgments to Allen Lea. A piece about the power, and sometimes tragedy, of storytelling.

"How to Get Rich," by Tommy Levrier. An overeducated and unemployed married couple learns how to get rich from their neighbor, who they suspect is Howard Hughes.

"The Perfect Snowball," by Candyce Rusk. Early evening in a Midwestern town, three kids and 10 snowballs.

"Vivid," by Kirsten Davis. Solo piece that explores the dichotomy between our soul and our sense of duty.

"Honor," by Austin Alexander. A Syrian family struggles with the dishonor brought upon it by the teenaged daughter who has been raped.

"The Well," by Erin Phillips.

"How Little Has Changed," by Max Langert (an Austin Script Works commission). A PowerPoint presentation in seven parts.

"The One, the Only ... the Fabi: An Infomercial," by Rhonda Kulhanek. Infomercial unveiling the Life-Changing, Revolutionary Fabi!

"The Proud Pornographer," by Kyle Schmidt.

"Click," by Allan Baker. Saturday night online. What are you looking for? What will you find?

"The Eat 'n' Out," by Fred Jones, Zachary Claxton, Douglas Spearman, and Eddie Shannon. Come on down to Mr. Burgher. Home of the Yummy. It's fast. It's food. It's fast food. It's delicious.

"Arts and Crafts," by Annie La Ganga. Monologue about hobbies you can do for fun or profit, including cake-decorating, creative writing, and cyclical depression.

"The Cosmo & Gigi," by Isabella Russell-Ides. In this partial homage to Godot, Gigi's got Cosmo like a habit, and she'll never get enough.

"Work in Progress," by Natalie Goodnow. An exploration – enjoy!

"CoochieMagik: A Spoken Word Musical Comedy," by Christa Bell. Excerpt from a ritual solo performance resisting the attack on women in mainstream hip-hop and mass media.

LONG FRINGE AT THE BLUE THEATRE

You Are Happier Than You Think: Recalibrating Your Emotional Scale

(Max Langert) (60 min.) Max Langert's play concerns an esteemed lecturer invited to give a happiness seminar aboard an ocean liner. But his daughter has a compulsion to throw people overboard, his wife has run out of anti-depressants, and both the captain and first mate have a curious desire to help him file for divorce. 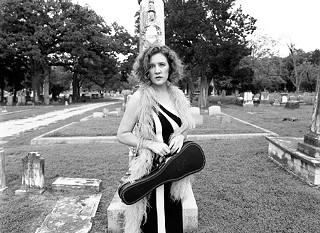 (Surface Tension Dance Group) (90 min.) In its debut production, this collaborative company of dancers with musicians and visual artists explores the theme of lost and found literally, abstractly, personally, and spiritually. Athletic yet sensual movement is supported and layered by text, composition, photography, and props.

Devil in the Details: An Office Musical

(Rain Nox) (75 min.) A kindhearted geek becomes embroiled in a crazy love triangle – between him, a co-worker, and his computer – while the fate of the company rests in his hands. A satirical look at office life, mixed with a little sci-fi and a lot of romance.

Jack and the King

Prepare for Arrival and Cross Check

BRING YOUR OWN VENUE