Honors for a Blanton exhibition, Blue Lapis Light, and a Round Rock tuba player, plus a bundle of joy for a local choreographer

The Blanton Museum of Art's 2007 exhibition "The Geometry of Hope: Latin American Abstract Art From the Patricia Phelps de Cisneros Collection" was named Best Thematic Show Nationally by the United States section of the International Association of Art Critics. The show, which charted the development of geometric abstraction in South America from the 1930s through the Seventies, was organized by Gabriel Pérez-Barreiro, who recently resigned as curator of Latin American art at the Blanton to become director of the Cisneros Collection. A version of the exhibition showed at New York University's Grey Art Gallery last fall. The Blanton will receive the award at a ceremony at New York's Guggenheim Museum on March 17.

Blue Lapis Light has become a FameCast Fenom in Season 3 of the online talent competition, winning the popular vote in the dance category and a $10,000 prize. Austin-based FameCast allows contestants to submit videos of themselves in one of 12 categories (pop, country, R&B, spoken word, Latin, comedy, et al.), then visitors to the website vote for their favorites through five rounds, including a live performance. In the dance round at Stubb's on Dec. 5, Blue Lapis company dancer Nicole Whiteside performed a solo aerial dance similar to ones she has performed in Blue Lapis' Illumination and Requiem. A genuinely impressive video of her work can be seen at www.famecast.com/contest/
stage_top5_results.php?stage_id=31&round_id=169. A trio of industry experts was also on hand at the performance to make a Critics' Pick from the five finalists. Choreographer Andrea Ariel (Ariel Dance Theatre), Romeo Navarro (B-Boy City), and Lindsay Rodolico (Philly Soul) chose another incredibly athletic dancing Austinite, hip-hop move master Santos.

Round Rock High School senior Zachary Graff received an honorable mention designation in the National Foundation for Advancement in the Arts' youngARTS program, which encourages and rewards talented high school seniors. Graff, a tuba player who won first place in the 2006 Leonard Falcone International Euphonium and Tuba Festival, was among 142 finalists nationwide selected from nearly 8,000 applicants in nine disciplines. They traveled to Miami this week for youngARTS Week, seven days of master classes, workshops, readings, exhibits, and enrichment activities. In 2006, Graff and his tuba appeared on the National Public Radio program From the Top. Audio excerpts may be heard at www.fromthetop.org/Programs/Performers.cfm?pid=2268.

David Justin, artistic director of American Repertory Ensemble and head of the dance program in the UT Department of Theatre & Dance, is a new dad. He and wife Grace Holmes welcomed Evelyn Rain Holmes into the world on Dec. 8. Baby, mother, and father are all reportedly doing well, but Justin is having to juggle his new parental duties with the demands of ARE's next production, Winter's Tryst, set for Jan. 18 & 19 at the McCullough Theatre on the UT campus. He's choreographing two works and dancing in a pas de deux by James Kudelka. For more information, visit www.americanrepensemble.org.

Just one week left to vote for your favorite work of art in the 2007 "People's Gallery" exhibition at City Hall. Voting ends Friday, Jan. 18, after which the work with the most votes will be purchased from the artist and join Benge Elliott Jr.'s Three Sheep, from the 2006 exhibition, and Hank Waddell's West Texas Beach Ball, from the 2005 exhibition, in the City Hall permanent art collection. To vote, go to the lobby of City Hall and pick up a yellow exhibit packet for a self-guided tour of the exhibition. A bright pink ballot with voting instructions is attached to each packet. The 2007 "People's Gallery" exhibition closes Jan. 31, and the 2008 exhibition will open on Feb. 22.

Culture Flash
Applause for Austin playwrights in Louisville and New York, hats off to Chia, and a tuba player of note 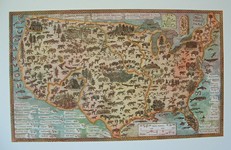