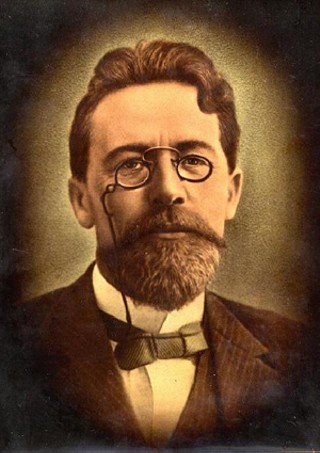 The Off Center, through Nov. 3

The first staging of Anton Chekhov's The Seagull was a famous flop: One of the leading ladies lost her voice and wits under the audience's rude reaction. The theatre can be a cruel mistress indeed, and Chekhov's play (now redeemed) explores the struggles of those tortured souls trying to find success on and around the stage.

For Breakin' String Theatre's inaugural show and his first production on the Austin scene, director Graham Schmidt has put together a venerable cast and crew, with many veterans of the Austin Shakespeare Festival among them. In fact, the relationships in The Seagull borrow liberally from those in Shakespeare's Hamlet, its plot revolving around the romantic and artistic conflict among its quartet of lovers based on Hamlet, Claudius, Gertrude, and Ophelia. Konstantin, a struggling young playwright, despises his mother's lover yet yearns for his talent and success; he ridicules his mother's art yet craves her approval. Konstantin loves Nina, who loves Trigorin, who loves Nina and Konstantin's mother, Arkadina. It's quite a crippling cycle they've fallen into.

Chekhov's plays require a precision of pace if they're to be pulled off in production; they operate on something like a sine wave of action and emotions – a moment of intensity, for example, will be immediately offset by a flight of silliness, irrelevance, or misunderstanding. Scenes, conversations, and relationships swing constantly between poles in Seagull, and the nuance of moving between moods is no small feat to pull off. For the line "the angel of silence just flew by" to have its full comedic effect, the show must first create enough quiet awkwardness. It's a great credit to Schmidt, then, that this production does justice to both the tragedy and comedy, the brutalities and the subtleties, of Chekhov's vision without herking and jerking when shifting gears.

The mood of Seagull exists predominantly in its characters' relationships and words. So rather than invest its time and resources in elaborate countryside settings, fancy period costumes, and the like, Breakin' String sets the stage quite simply, with a demure blue-lit background, and the costumes are likewise understated if elegant. You get the feeling that Schmidt, the transcriber of this text and a self-proclaimed Russophile, seems really intent on honoring Chekhov's words.

With an impressive collection of actors to say these words, the acting is stellar throughout, and even the actors in supporting roles are particularly strong. Dirk van Allen's aging Sorin and Liz Fisher's wonderfully morose Masha highlight this talented group.

The Seagull is led, though, by its contentious quartet. Tom Coiner is more than capable of handling mercurial Konstantin's bouts of puppy love, rage, and self-pity, while Annalee Sweet portrays Nina, the believer in fame and love who gets battered by the real world, with earnestness. As the royal couple of the stagnant Russian art world, Babs George and Matt Radford wind around each other brilliantly.

Chekhov's characters often hold opposing yet overlapping world-views, like Venn diagrams, and characters come together or fall apart from one another with every shift of topic or mood. Arkadina and Trigorin are both selfish creatures, fragile under their famous shells. Arkadina hides under her bombast and smiles, and George does an excellent job of portraying the woman who is simultaneously the belle of the ball and a savage mother belittling her son. If she's based on Gertrude, she's sure got a lot more clout. Trigorin, on the other hand, veils himself as the quiet, contemplative writer. Radford is a master of constraint, and it's astounding how he can silence an entire audience by forcing them to listen to his quiet lines. His tense romance scenes with George and Sweet are reason alone to see this production.

The Seagull is more tragedy than comedy, full of unhappy individuals who continue to hope that their desires will be fulfilled sometime in the future. To succeed, these characters need to change, and as we come to see that they're stuck in their tragic cycles, it's a somber realization. Breakin' String's first production does a wonderful job exploring Chekhov's tough, complex world; like a shot of fine vodka, it goes down smoothly, challenges your tastes, and leaves you a little shaky afterward.