The Reason for O'Regan 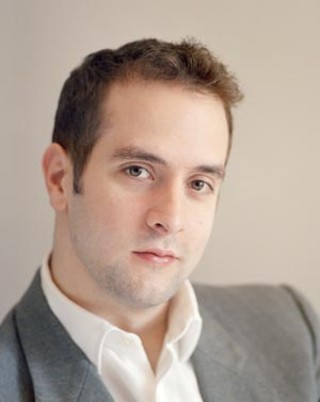 If you're questioning why Conspirare would devote the whole of its first concert of the season to a British composer who's not only not a household name but not even 30, then you haven't yet heard enough music by the remarkably gifted Tarik O'Regan. One listen to, say, O'Regan's Care Charminge Sleepe, a work for double choir set to text from John Fletcher's 1614 drama, Valentinian III, and the long, lush tones with voice layered on voice in intricate, captivatingly gorgeous harmonies should give you an answer. This is a composer whose sense of the human voice as an instrument, as a vehicle for expressing deep emotion and spirituality with power and beauty, sounds right in line – better yet, in harmony – with that of Conspirare Artistic Director Craig Hella Johnson. O'Regan seems to write just the kind of music that Johnson loves for his company of voices to sing.

And, indeed, three of the seven works in Conspirare's O'Regan program this week were commissioned by Johnson for the Austin choral ensemble: two set to poems by Emily Dickinson and one to a poem by Pablo Neruda. (The others feature texts that extend from Rumi to Edgar Allen Poe, William Blake to William Penn.) When Conspirare sings, Austinites will hear for themselves the economy, elegance, and ingenuity of this Oxford-educated composer's music. And if they arrive early enough, they'll get to hear O'Regan, too. One hour before each performance, he'll speak about his work with KMFA program host Dianne Donovan and take questions from the audience.