Joe York, who for more than 20 years was the city's leading leading man and one of its most gifted theatre directors and designers, has died 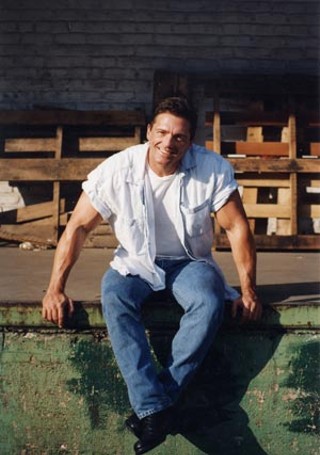 Austin has lost one of its most beloved theatre artists. Joe York, who for more than two decades was the city's leading leading man, as well as one of its most gifted directors and designers, died of liver cancer Tuesday, Aug. 14, at his home in Brooklyn, N.Y. He had just turned 50. The archetypal military brat, York spent his early years all over the map, from Japan, where he was born, to Italy, Virginia, California, and Alabama. But in 1975, when he showed up in Austin as a freshman at St. Edward's University, he found a place where he could set down roots. York claims to have had a devil of a time getting cast in shows at school, so he ventured off campus, where he was quickly discovered by directors Ken Johnson, Ken Webster, and Bil Pfuderer, among others. In his first half-dozen seasons in town, he snagged major roles in The Fantasticks, Camelot, Bleacher Bums, How the Other Half Loves, and A Little Night Music, at a range of theatres, from Center Stage to the Zachary Scott Theatre Center to the Zilker Hillside Theater. This last spot was especially dear to York, not so much for the musicals he appeared in there as for the theatrical family he found among the Summer Musical regulars.

York worked on close to 100 productions over the 25 years he called Austin home, at first generally as the sweep-the-crowd-off-its-feet romantic lead: Lancelot in Camelot, Billy Bigelow in Carousel, Starbuck in 110 in the Shade, Bobby in Company. But while he could have coasted on his all-American good looks, he-man physique, and dreamy, deep baritone, playing such parts well into middle age, York opted to push himself as an actor, to work against type, playing the villain, playing the dullard, playing the fool, even playing the girl. He did drama and farce, Pinter and Durang, Beth Henley and John Patrick Shanley. He was especially drawn to roles that allowed him to tap his extravagant sense of humor and extraordinary sense of timing, as anyone who saw his brilliantly campy turns in The Mystery of Irma Vep, Ruthless! The Musical, and The Rocky Horror Show can attest. And it wasn't only as an actor that York pushed himself. In 1988, he made his debut as a director and staged a dozen shows in the next 10 years. He also designed sets, costumes, and props for dozens more. In a city awash in multiple-hyphenate theatre artists who do many things well, York excelled in ways that made him unique in the local arts scene. His exceptional appeal, versatility, and drive were coupled with an acclaim and respect that just a few local theatre artists have achieved in the past 30 years. Joe York was without peer.

In 2001, he left the theatre and Austin but made a triumphant return to both last year to headline a revival of The Rocky Horror Show at Zach. There was talk of the hit production being revived annually, and York and his partner, Graham Murray, had even begun to discuss relocating to Austin in the future. But in April the cancer was discovered, and despite aggressive treatment at Mount Sinai, York's condition worsened. Just a week after friends in Austin raised $12,000 to help defray his medical costs, York passed away. A public memorial service has been scheduled for Saturday, Sept. 8, 8pm, at his beloved Hillside Theater in Zilker Park. All are welcome. Donations may still be made to: Love Train to Brooklyn, c/o Zachary Scott Theatre Center, 1510 Toomey, Austin, TX 78704. Checks should be made to the Zachary Scott Theatre Center, with "Joe York" in the memo line.

York is survived by his mother; brothers Pat, Mike, and Tim; partner Graham Murray; dozens of friends; and thousands of audience members whose lives he touched with his art. He was our Lancelot, our El Gallo, our Sylvia, our Marvin, our Sweeney, our Smudge, our Frank N. Furter. And we shall not see his like again. 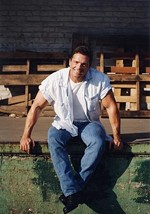 Joe York: Celebrating his life
The life of theatre artist Joe York is remembered on the Zilker Hillside stage