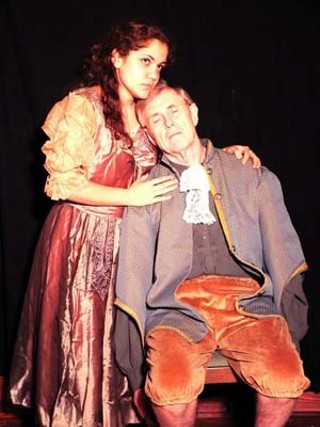 Perhaps you've heard of One Flea Spare, Naomi Wallace's play about four disparate Londoners trapped in a house and kept there under guard as the Great Plague of 1665 ravaged the city. It received its American premiere at the Actors Theatre of Louisville's Humana Festival of New American Plays; won the 1996 Susan Smith Blackburn Prize, given to an emerging female writer; and has seen two Austin productions in recent years. But if you didn't manage to catch either of those or one of the many others across the country, a third production will grace an Austin stage over the next two weeks, this one by Gobotrick Theatre Company.

Quite obviously, this play speaks to a lot of people. It certainly spoke to Gobotrick Artistic Director Jessica McMichael, who directs the current production. "I originally saw the play in London when it premiered," says McMichael. "I was studying theatre, and we went to the theatre every night as part of our schooling. It was in a very small venue, the Bush Theatre, which is above a bar in Shepherds Bush. You walk down a shady little street and go up these side stairs and down this long hallway, and suddenly there's this little theatre there, this little black-box theatre. We sat on pillows on risers. Maybe 40 people in the room, tops. And everything that's dealt with in the play we deal with now. There's sexism and classicism and political issues. And I was just obsessed with it from the moment it opened."

Gobotrick (pronounce it with long "o" sounds with the accent on the "trick") -- "Like a trick of the light," says McMichael -- is one of those small Austin theatre companies that you may not have heard of, but they've called Austin home for close to five years. McMichael started the company with her friend Juliana Nichols, and despite their successes, which include producing no fewer than 10 plays in their relatively short time here, they've had more than their share of challenges to meet. Above and beyond her producing and directing duties, McMichael has more than once found herself playing the role of a one-woman theatre company, constructing the set, sewing the costumes, hanging the lights, composing the program, and running the box office. Perhaps most impressive, for all of its productions, Gobotrick has partnered with a charity to share the proceeds. For One Flea Spare, Gobotrick joins with Theatre Action Project, an East Austin organization that promotes socially relevant and interactive theatre education for young people.

In spite of their tribulations, McMichael and Nichols have no intention of allowing Gobotrick, as so many small theatre companies do, to fall by the wayside. Says McMichael, "You've got to keep your soul happy. And this keeps mine that way." 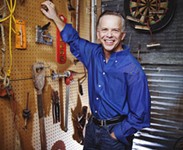 Working Playwright
Steven Dietz just wants to get in, roll up his sleeves, and make the words better