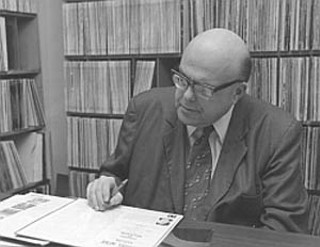 Announcer Leonard Masters personified the station from opening day until his final retirement in 1994.

KMFA first burst on the air Jan. 29, 1967, using the rousing "William Tell" overture to alert Austin – then a city of just 250,000 residents – that classical music was back on the radio and here to stay. It wasn't the city's first classical station; that was KHFI-FM, which was also the first FM station licensed to Austin in 1956. But KHFI, founded and originally operated by Rod Kennedy (who would go on to found the Kerrville Folk Festival in 1972), abandoned classical programming in 1965, leaving its devoted staff and aficionados resolved to found a new classical-music station. To free it from the commercial pressures that forced KHFI's switch to a pop-music format (today KISS-FM), the founders decided the new station needed to be listener-supported public radio. Dale Jones and N.W. "Nockey" Willet became, respectively, the founding general manager and chief engineer of KMFA – whose call letters connoted Klassical Music for Austin. (Not, as some sneering country music fans claimed, Kiss My Fat Ass.) For start-up cash, supporters raised $1,000 from 25 local businesses and $500 gifts from charter members. Kennedy stayed involved with fundraising, and KHFI donated its classical record library, as well as space for a tower antenna and a transmitter.

But the defining acquisition from KHFI was announcer Leonard Masters, who personified the station from opening day until his final retirement in 1994. Though a native of Pampa, Texas, Masters projected the upper-crust erudition associated with classical music at the time. Known for flawless pronunciation, he was a perfectionist with a commanding, passionate knowledge of the classical repertoire and an authoritative radio presence. (Audio clips showcasing his resonant voice and practiced diction are in the station's history at www.kmfa.org.) During his 27 years at KMFA, the larger-than-life Masters became a local institution; he was the voice of classical music.

Funding remained a constant struggle for the little independent station – which eschewed not only lucrative commercials but also state, federal, and university funding for most of its history. Especially in the early years, the station was constantly begging listeners for donations. It tried unsuccessfully to get support from the city of Austin in 1972, and it nearly shut its doors in 1974. But just-in-time listener donations averted death by financial crisis. A key advocate was attorney Charles Alan Wright, who, as board president until 1990, drummed up significant community donations for the station (thus achieving karmic atonement for serving on Richard Nixon's Watergate defense team). In the 1970s and 1980s, on-air fund drives would drag on for months yet barely keep the station solvent. In later decades, Austin's steady population growth and a corresponding gradual increase in listener support helped to keep the station on the air.

Despite its shoestring finances, KMFA steadily made advances in quality over the years. Initially, the station broadcast only from 1pm to midnight, but by 1970-'71, it was on-air nearly 100 hours a week, boasted 1,000 members, and had hired its first salaried station manager. In 1980, having outgrown its original Downtown home in the Perry-Brooks Building, the station moved to its current home at 3001 N. Lamar #100. In 1983, it finally unplugged the record player and became the first Austin radio station to use an exciting new technology: CDs. In 1999, the station achieved a longtime goal of broadcasting 24/7. Its original 1,200-watt signal, which couldn't be heard much beyond Downtown Austin, was upgraded to a 40,000-watt signal that allows KMFA programming to be heard from Llano to La Grange. And the sustained strength of that programming was recognized by a 2000 International Radio Programming Award – Silver Medal for Best Classical Format – from the New York Festival.

For more on the station's history, see "The Story of KMFA," by announcer Katherine Tanney at www.kmfa.org/40_birthday. 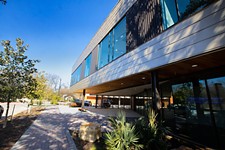 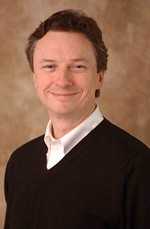 KMFA: The Man Behind 'Classically Austin' Leaves for Portland
Jack Allen, the man who recharged Austin's classical radio station, is off to do the same for a West Coast station