Austin Visual Arts Association: Thrilled to be hitting the big 3-0

The Austin Visual Arts Association is celebrating its 30th anniversary in high style, with a pair of exhibitions and a big reunion party for local artists 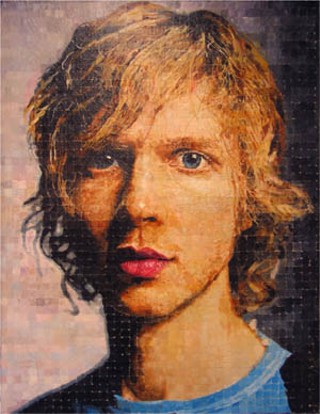 Austin has its share of venerable arts organizations. The Austin Symphony has been delighting our ears for close to 100 years. Zachary Scott Theatre Center is about to turn 75. Ballet Austin just celebrated its 50th anniversary this past season. The Austin Museum of Art, at the ripe old age of 46, is probably Austin's best-known visual-arts organization as well as its oldest. But the Austin Visual Arts Association or AVAA (pronounce it "Ava," like the earthy, mid-20th-century actress) isn't too far behind.

"AVAA's purpose now is similar to what it was when it began," says Kelli Montgomery, the association's executive director. "When it began, basically no arts organization existed that focused on and served all of the visual arts. A lot of different niche groups existed that catered to, for instance, pastels or watercolor or female artists only. So a group of arts leaders got together and said, 'We need something that covers all the visual arts to help create more of a community for the arts and for artists.'" That group included arts legends such as Kelly Fearing, David Deming, Damian Priour, Melissa Miller, Bill Wiman, and Susan Whyne. "We're now one of the oldest and largest contemporary arts organizations in Austin, and we're still 100 percent artist-driven. Which means the artists help with all aspects of our events. They help determine the programming; they help set up the shows – it's very much grassroots. We provide opportunities for artists and art patrons by supporting and fostering the economy of the visual arts in Austin." 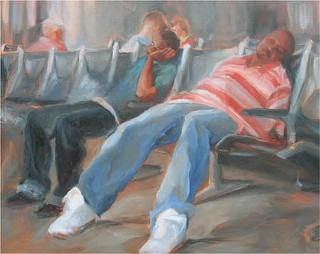 Waiting on a Plane, by Jessica Cook

AVAA's been doing that now for 30 years, each year offering panels with art experts that promote discussion and intellectual exchange, life-drawing classes that allow artists to hone their skills, and multiple juried exhibitions that allow artists' work to be seen as well as sold. This year is special in more ways than one, for it marks the first year that AVAA has branched out internationally, with an exhibition originating in Austin that traveled to Denmark and the Czech Republic.

AVAA is celebrating its 30th anniversary in high style, beginning this week. "We're going to start with an exhibition that was juried by Ken Hale, Rick Hernandez, and Jack White," says Montgomery. More than 330 works were submitted, with about 60 of them selected for display in the Butridge Gallery at the Dougherty Arts Center and more displayed in a satellite exhibition at the Scarborough Building, Sixth and Congress, which opens June 14. The exhibitions include oils, pastels, sculpture, pen-and-ink, photography, and prints, with pieces by Austin favorites like Nathan Jensen and Oscar Silva. When the Butridge exhibit opens on Thursday, June 28, AVAA is hosting a big reunion party at the Dougherty from 6-9pm, with music from the Atlantics. Admission is free.