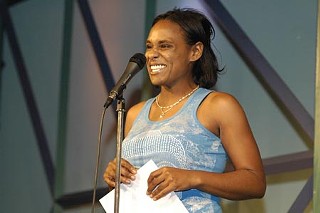 On Monday, June 4, the Austin Critics Table handed out its annual awards for outstanding achievements in the Austin arts in a ceremony at the Cap City Comedy Club. This year's ceremony, the 15th such presented by this informal association of local arts writers, began with the induction of James Armstrong, Larry Connelly, Sally Jacques, Emily Little, Harold McMillan, Ishmael Soto, Dan Welcher, and Suzan Zeder into the Austin Arts Hall of Fame.

In the awards themselves, Blue Lapis Light's Requiem, staged on the concrete skeleton of the Intel building, took top honors, wining five awards, including Dance Concert (an award it shared with Tapestry Dance Company's The Souls of Our Feet). The rest of the awards were evenly distributed among shows and exhibitions, with The Assumption, Refraction Arts' twisted adaptation of Hamlet, the only other production to win more than three awards.

In On It, dirigo group

Marcus McQuirter, Funnyhouse of a Negro

Dave Steakley, I Am My Own Wife/ Present Laughter/Take Me Out 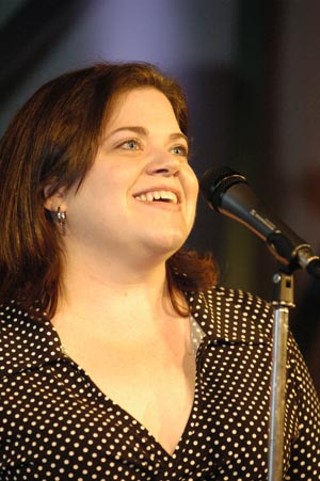 Ken Webster, St. Nicholas/ Thom Pain (based on nothing)

Hamlet, Actors From the London Stage

Sarah Mosher, The Way of the World 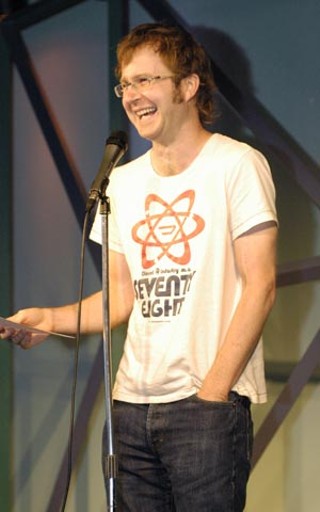 Acting in a Supporting Role: Ron Berry, The Assumption (Photo By Bret Brookshire)

Phillip Hill, Plump Jack/Fall of the House of Usher

Richard Salter, Waiting for the Barbarians 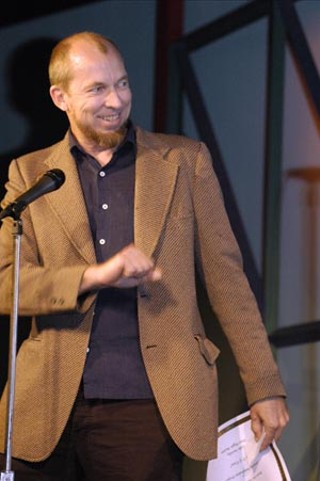 "Take Me to Bed or Lose Me Forever," Volitant Gallery, Leona Scull-Hons curator

"The 'I' of Texas," Luke Savisky (First Night Austin)

"Outside In" installation, Elaine Bradford

Ed Kliman, for his musical participation in As You Like It, Katrina: The Girl Who Wanted Her Name Back, Big River, and The Glass Menagerie

Didn't I Blow Your Mind This Time Award

All Hands on Deck Award

Susan Threadgill and Vince Herod, for calling Waiting for the Barbarians

Nothing up My Sleeve Award

Austin Lyric Opera for The Barber of Seville

Takin' It to the Streets Award