'My Trip to Al-Qaeda': Lawrence Wright's journey from page to stage

Lawrence Wright's experiences in the years he spent researching The Looming Tower: Al-Qaeda and the Road to 9/11 have become the basis for a one-man theatrical work 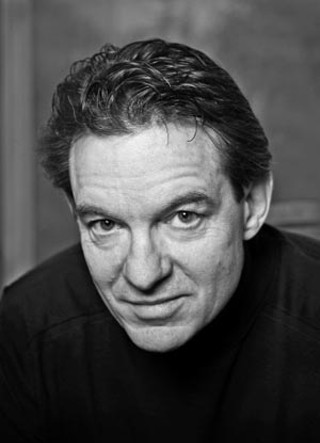 Having spent five full years researching his widely praised bestseller, The Looming Tower: Al-Qaeda and the Road to 9/11, Lawrence Wright naturally had many things he couldn't include in the book. Like himself. Indeed, the New Yorker writer and longtime Austinite says he "scrupulously kept [himself] out of the book," the better to focus on who attacked the U.S. in 2001 and why. But those long months of collecting information about terrorists and speaking with them about their hatred of his homeland left Wright with many unresolved feelings about the experience. So, rather than suffer through another book tour of author readings – "a miserable form," Wright says – he created a performance piece to explore his personal struggles. The result, My Trip to Al-Qaeda, has been presented four times around the country and is now beginning a six-week run at the Culture Project theatre in Manhattan.

Well, yeah. The work is akin to Via Dolorosa, British playwright David Hare's monologue about his 1997 trip to Jerusalem: a dramatic account of an author's experiences offered by the author himself. In fact, Wright was inspired by Via Dolorosa, as well as the work of Anna Deavere Smith. "The combination of theatre and journalism was really novel to me," Wright says. "And I was very interested because I work in both of those fields and had never thought about combining them."

He met with Lincoln Center director André Bishop, originally to discuss Wright's notion for a musical comedy about the making of the 1963 film Cleopatra, but it was Wright's idea for a one-man show concerning his experiences writing The Looming Tower that Bishop found fascinating. Then, the director of promotions at The New Yorker, upon hearing the idea, promptly said she'd book the show for that fall's New Yorker Festival. "All of a sudden I had a deadline and a production date, and I hadn't written a thing. I'd just mouthed off to a couple of people, and now I was in deep trouble," Wright says. "So I came home and started work on it."

Two months later, Wright presented My Trip to Al-Qaeda, directed by Marco Perella, at the LBJ Library and Museum. That was followed by The New Yorker Festival in October and performances in Los Angeles and Dallas earlier this year. The Chronicle caught up with Wright just before he left for New York and rehearsals with director Gregory Mosher.

AC: For someone who "scrupulously kept himself out of the book," you're making a 180-degree turn. This piece is all about you. Why do that?

LW: I'm representing the perspective of the audience. I am the American citizen who has been elected to go and find out who these people are and why they attacked us. The book is the report of that experience, but this is a more personal, a more intimate account of what it was like to have been that person – one who, like any other American, had strong feelings about what happened to us and was angry and was dealing with a lot of anger in the rest of the world at America. Very few people have had the opportunity to talk to these jihadists, people who are close to al Qaeda. They haven't had the opportunity to ask them face to face who they are and why they're doing this, and I have. I want to bring the message to people about what's going on with those guys and what motivates them. In some ways, it's best accomplished in this really intimate setting of the theatre.

AC: Going back to David Hare: Have you taken anything from Via Dolorosa for inspiration?

LW: Yeah. I watched it again while working on this. You know, David is not a professional actor, either, and he didn't pass himself off as one. He approached it very much as a common man. "I'm going to tell you about my experiences, my impressions." That was encouraging. He wasn't acting, he was telling, and that's the way that I approach this as well.

LW: People are devastated by the information I have to give them. A lot of people come up afterward in tears. It's a hard journey. But I'm surprised that people are still so hungry for information and still so uninformed about who the enemy is and about the emotional and economical and political background that led to this state of affairs. That's what I'm trying to bring to people. I'm trying to let them know who the enemy is and what they think about us. For many people, the news is absolutely devastating.

AC: Is that because people haven't sought out that information or are in denial or …?

LW: People are constantly telling me that no one has ever explained it to them that way. And I understand that. For one thing, the political conversation about this struggle has been so impoverished. And it tends to be imbued with theological language – good and evil, us and them – and that doesn't lead to any kind of understanding. It's only polarizing. I'm trying to do the opposite. I'm trying to explain the humanity of our antagonists and help people understand what they're up to.

AC: And is that devastation people are feeling a good thing or a bad thing?

LW: Sometimes enlightenment is shocking, and I think that very few people have really looked into the political backdrop of these incredibly repressive regimes, where the jihadists arise from. It's news to most people. The sense of despair is so pervasive in the Muslim world. If you spend some time over there, you have to come to grips with it. But it's easy to overlook it if you're not there. I'm trying to explain to people the nature of the sense of futility and hopelessness that lead to the radicalism that we're grappling with now.

AC: Do you find yourself enticed by the spotlight?

LW: I'll be able to answer that better after a week of doing it in New York. I'm a little embarrassed by the side of me that likes being on the stage. It is exhilarating. [But] I've got six weeks on this. They've talked about extending it, and I said, "I don't think so. I think that's where I get off the train."

My Trip to Al-Qaeda runs through April 14 at the Culture Project, 55 Mercer, Manhattan. For more information, visit www.cultureproject.org.

Lawrence Wright, The Looming Tower:Al-Qaeda and the Road to 9 / 11, The Culture Project, The New Yorker, My Trip to Al-Qaeda