After a successful eight-year run as managing director, Ann Ciccolella is making her exit from the Zachary Scott Theatre Center 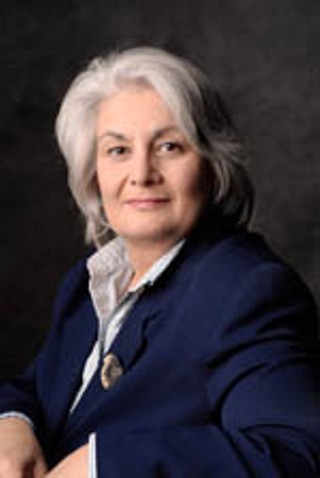 As the Bard notes, we're all players who have our exits and entrances. Over at the Zachary Scott Theatre Center, there's a major player who's making her exit after a most successful eight-year run. Ann Ciccolella is stepping down as managing director this year. There's no crisis, no dramatic cause. On the contrary, the longtime administrator (and playwright and director and teacher) is making the move after having just achieved a substantial success: passage of Proposition 4 in the November city bond election, which included $10 million toward a new 500-seat theatre for Zach. Rather, Ciccolella is ready for a new role, and after eight years, who can blame her? Not Artistic Director Dave Steakley, who logged a few seasons as managing director himself: "Being the MD is incredibly demanding work, encompassing so many small and large issues in a single day, it can be staggering sometimes. Ann has tackled this job with her whole self and done a spectacular job for eight years – we're fortunate she has given us so much of her time."

Ciccolella came to Zach in 1999 after nine years as executive director of Austin Circle of Theaters, where she doubled the organization's membership and worked with almost every arts company in the city. At Zach, she's been responsible for the theatre's operations, marketing, development, annual budget, and long-range planning, and since she's been running the show, Zach has ended every year in the black fiscally – even while it's increased its operating budget by 60%. (Contributed income has doubled, too.) Ciccolella takes her leave after not only leading the way to victory in the Prop. 4 campaign but also leading the capital campaign halfway toward its goal of $25 million.

"You can leave an organization when times are hard or times are great," Steakley observes, "and Ann has chosen what I think of as the 'Mary Tyler Moore approach': to go out while you are on top, and she is conducting the whole thing internally with so much class and care. It's a great time for us to launch into the next phase of Zach's growth and for Ann to launch into the next challenge of her career."

For her part, Ciccolella says that "Zach has been such a great achievement in my life." And that's not only on the administrative side but the artistic as well. At Zach, Ciccolella directed several acclaimed productions, including Who's Afraid of Virginia Woolf?, Full Gallop, The Vagina Monologues, and Cabaret. She also served as artistic director for Project InterAct, Zach's professional children's theatre company, and as a teacher of acting and of Julia Cameron's Artist's Way classes.

The board will undertake a national search for Ciccollela's successor, who is expected to be in place in time for the start of Zach's '07-'08 season. Ciccolella will help with the transition to the new managing director.