Cheryl Bentyne, the willowy soprano of the Manhattan Transfer who also has a solo career, talks about the difference between singing with a group and singing alone 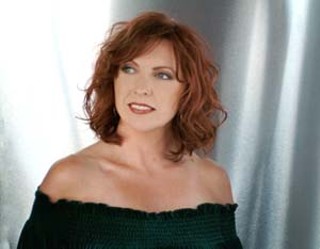 Given how long the Manhattan Transfer has been together (35 years this autumn) and how tightly they harmonize, you'd be forgiven for thinking its singers are Siamese quadruplets joined at the vocal cords. But the fact is, this exceptional ensemble's members are distinct individuals who occasionally separate from the group to show off their artistic gifts in solo settings. Case in point: Cheryl Bentyne, the willowy soprano of the Transfer for "just" 27 years now, has released The Book of Love, her seventh solo recording, and is coming to town this week for Austin Cabaret Theatre's sixth season. The Chronicle caught up with Bentyne to learn about the difference between singing with a group and singing alone.

Austin Chronicle: Being that you're so closely identified with a group and a group in which the vocals are so tightly meshed, what does it feel like when you step away from that and yours is the only voice you hear?

Cheryl Bentyne: It's easier when I'm doing a solo show than it is if I do a solo in the group's show. For my ear, it's awkward to stand out in a Transfer show. You don't get any momentum, you don't get any of your own personality to come out except for that one four minutes or whatever in your solo. But when I do solo shows, it's so second nature to me because I started out as a soloist. I love my group, but in terms of comfort zone and standing alone on a stage, I'm right at home with it.

It gives me a chance to use more of my vocal range, doing solo work. I sing in my lower voice, which I never get to do in the Transfer, because I'm the high voice. It's instantly fun for me. And there's a freedom that you can't have in the Transfer show, because there are four personalities onstage, and you can only do so much snappy patter. Then someone else wants to talk. Or somebody else has talked too much, and now you gotta sing. It's a very complex dynamic. [Laughs]

AC: Do you find yourself going after kinds of material that the group doesn't do as much?

CB: Absolutely. On my new CD, I'm doing a lot of ballads, which we hardly ever do in the Transfer. It's really hard to do an emotional performance in an ensemble vocal group. You have to keep it pretty stiff, in a sense, because you're constantly singing chords rather than having your own take on a phrase or your own style. There are limitless possibilities when you're a soloist.

I try and pick songs that I know I can sing well. Sometimes I'll love a song, and I'll sit down and play it with Corey [Allen, Bentyne's husband, pianist, and producer] and go, "This isn't for me." I'll hear a song and love it, but sometimes I'm not the right vehicle for it.

AC: Is there a song on the new CD that you'd wanted to sing for a long time?

CB: One that I was a bit afraid of tackling but loved it was "I'm a Fool to Want You," which is a Sinatra classic. Billie Holiday did an amazing version of that as well. It's a very potent piece of music, a very mature piece of music, a very adult song. You have to be true to your heart when you sing a song of that depth and that potency. So when I sang it, I tried to really hear what I was doing, to stand back and listen as I was singing it. That's hard, to be an observer and the artist at the same time, but I try and do that rather than just use all the chops in the world that one has. I just tried to let emotion come from a very deep place.

AC: Are you ever concerned about being able to bring something fresh to a song that's been done so many times?

CB: I try not to even think of that. If I do, I'll be so acutely aware [of it] that it will inhibit whatever kind of phrasing or performance I want to do. I have a sense of imitating, so I try to stay far, far away from any recent versions of songs [I want to do]. When I was growing up, I used to stand in front of the mirror and imitate Barbra Streisand, you know, her phrasing, every note of every song she sang. And I got it down like that. When I became a professional, I immediately stopped doing that. I still try and listen to what I loved about a song, and if it's something in a performance, I just try and get that same emotion.