ColdTowne presents the second edition of its own comedy festival, see. hear. speak. 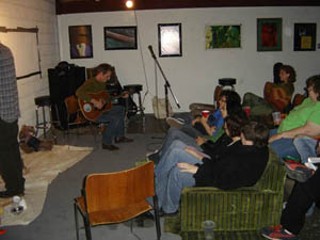 When ColdTowne relocated to Austin following Katrina, the New Orleans improv comedy troupe wasted no time in getting the vibe of its new hometown. When in Austin, hold a festival, right? Just six months after arriving, ColdTowne had its very own: the see. hear. speak. comedy festival, showcasing comedy on film, in music, and in live performance. A year later, ColdTowne is ensconced enough in the scene to have its own venue in which to present the sequel, which is happening this week. All events take place at ColdTowne Theater. Airport and 481Ú2, next to I Luv Video. For more information, call 524-2807.