With the exhibition 'Rembrandt's Etchings,' the Blanton Museum of Art has created a rare and intimate opportunity for you to see, study, and absorb the impact of Rembrandt's mastery for yourself 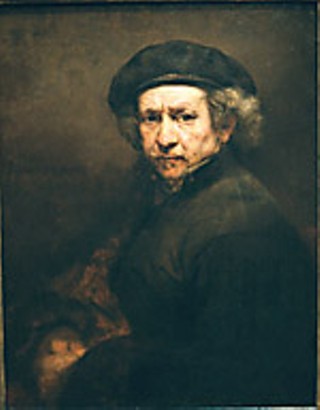 Blanton Museum of Art, through Dec. 10

Rembrandt: Before you know his work, you know his name. And in deference to his talent, even genius, a bit of reverence is, it seems, in order. While you may think of him as a master painter (and he was certainly that), during Rembrandt Harmenszoon van Rijn's lifetime, he was best known for the extraordinary sensitivity and untouchable advancement of his etchings. In celebration of the 400 years since Rembrandt's birth, the Blanton Museum, under Jonathan Bober's curatorial direction, has put together an exhibition that explores not only Rembrandt's skill but also the work of his peers and followers from the 17th century and into the 19th-century Dutch revival. What lingers after viewing these works, however, is not the magnanimity of Rembrandt's name but the intimacy of his work, the care with which the artist developed each individual line, and thereby each emotional expression covering a nearly full range of human possibilities. This master began and ended with the standard tools of his time: an etching needle and copper plates. Giving voice to variations of light, line, and subject, Rembrandt experimented outside the traditional hatching and crosshatching techniques of his contemporaries. He played with the acid etching process and used drypoint to saturate his prints with more ink than traditional etching could allow. The result is unparalleled in its advancement of the medium, in its abilities to capture expressions, emotions, light, and variable line. Rembrandt's virtuosity and deep personal involvement with the art and craft of printmaking enabled him to draw out uniqueness in the face of potential repetition: While printmaking by nature allows for multiples to be made from the same copper plates, Rembrandt's use of variable papers, his attention to ink saturation on the plates, and his practice of wiping the ink on the plates in changing directions multiplied the possibilities for one-of-a-kind results. Training this expansive understanding of emotive articulations was frequently done on the artist, by the artist, through carefully etched studies of his own features in variable moods, manifestations, and dress – as works like Self-Portrait Wearing a Soft Cap (c. 1634) illustrate. To this shifting and turning, widening then narrowing, dotting then dragging a single line across a printing plate, Rembrandt dedicated nearly two-thirds of his career. One single line after another. One etched scene after another. One inked copper plate after another. All this time, dedication, and careful drafting resulted in nearly 300 final prints, which changed the course of printing to this day. In honor of and testimony to Rembrandt's patience and passion after a line, his attention to so many different states of the human condition in all of its hopes, faiths, and sorrows, and in deference to the legacy these attentions have reaped, Jonathan Bober and the Blanton have created a rare and intimate opportunity for you to see, study, and absorb the results and impact of Rembrandt's dedication for yourself. Today, this work speaks boldly in its virtuosity and softly in its challenge to a society so deeply embedded in the "Age of Mechanical Reproduction" that we often forget that careful examination, study, and execution have as much, if not more, promise as rote and robotic productivity.