Art or anthropology? Volitant Gallery's 'The Long Drive South,' featuring work by New York artists who motored down to Austin, may be a revealing discussion on both 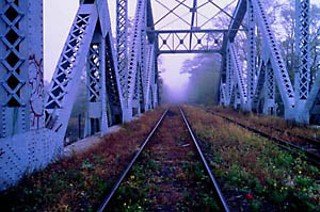 Art or anthropology? Volitant Gallery's exhibition "The Long Drive South" may be a revealing discussion on both. Let's imagine that the idea for the show came about as follows: A group of New York artists are asked to contribute work to an emerging gallery in Austin, Texas. They submit their own works, varying in themes from the air-filled, iconic, and mythical pieces of Lance de los Reyes to the rich chaos of Brian Belott's The Equalizer and See Above – See Below. And then these same artists drive south. Filming their road trip, they hit beach and prison alike. Soaking up sun and roadkill, the artists make their way to Austin, picking up pieces of their trip that will be made into a work in itself when they arrive at Volitant. The resulting finds include a parking ticket; a few nudie-girl, NoDoz-style pills; two looming and poignant lists of inmates from an abandoned prison; a beer bottle; some paper paraphernalia; a couple of books that might have been read along the way … in short, a box and wall full of backwoods rural hee-haws, a few trip markers, and a more balanced filming of this participant-observer experience.

Yet what if the show had been called "The Long Drive North"? The stereotypes would be different, and if the same selective processes held for the drive north as they did for the drive south, these artists might have picked up abandoned snow shovels, human rights pamphlets, and Democratically leaning political posters along their merry way. Yet we are beyond the time when the objective nature of anthropology is a given. "This is how I see you" is no more viable artistically than it is culturally. So is the point of "The Long Drive South" to help us see ourselves, as Southern or Northern dwellers? Or is the point to help us see ourselves as selective seers, as minds trained to look for difference and confirmations of that difference? The anthropological spin on the "The Long Drive South" comes, not in the drive, not in its findings, but in its re-revelation of the human capacity to group, to categorize, and to try to make sense of things in the simplest way possible and of art's complicity in this simplifying process.

Looking back at Lance de los Reyes' work: masons, snakes, fathers, skeletons, babies, and cartoonlike texts stand in for meaning and revel in the process of reducing ideas and events to painted objects, like hieroglyphics, like text. In Ginna Triplett's paintings, reductions and simplifications of feminity (à la Disney and cartoon playboys) are suspended for close viewing in clouds of pink fluff. The photography by Joshua Blank plays out the anthropological suit of "The Long Drive South" in miniature, as does the rich collage work of Brian Belott.

Among the many things that this show's icon-laden style suggests is that the 18th-century philosopher Immanuel Kant wasn't so off when he hypothesized that although the world might be otherwise and ultimately unknowable, our minds work by categorizing … for better or worse. And if this show is a reflection of the New York art climate, as Volitant suggests, it seems that while anthropology is still losing its foundations in New York, Kant is making a comeback.