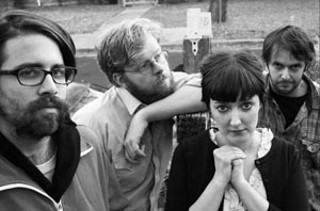 It's been less than a year since the members of New Orleans improv troupe ColdTowne made our town their town (after escaping the wrath of Katrina, if you didn't know), but in those few months they've woven themselves deeply into the fabric of Austin's comedy scene: helping launch the Austin Improv Collective, performing regularly at the Hideout and in the annual performance jamboree FronteraFest, producing their own three-day festival of comedy films and performances, and having member Chris Trew win the Funnywriter Sketch Contest at Esther's Follies. As if that weren't enough, soon the troupe may have something that'll really bind them to Austin: their own venue. After successfully producing four events at the Space on Airport Boulevard, the troupe has been approached by the owner to book the space, er, Space all the time. To that end, ColdTowne is testing the waters with a week of programming that includes lots of comedy, naturally (improv, sketch, and stand-up), but also music and interactive video performance.

The ColdTowners, who have spent a good deal of time on the road lately, performing in improv festivals across the country, are still a little stunned by this latest development and the way they've been embraced by their new hometown. Says company member Arthur Simone, "Austin's been so great and accepting since we've been here, and to be given our own theatre space/comedy venue is more than we could ever have hoped for."