Frank Benge has been participating in Austin theatre for well over 20 years. In that time he's been involved as director, actor, or designer with practically every theatre in the city, but his deepest relationship has been with Round Rock's Sam Bass Community Theatre, where he's now directing a production of Clare Boothe-Luce's ever-popular, all-female satire The Women. The Chronicle asked Benge about his relationship with the play and with all of those females.

Austin Chronicle: This play was written back in the Thirties. What does it have to say to modern audiences?

Frank Benge: I've liked it for a long time. It's a period piece, yes, but it has some great satire and sharp, barbed wit, and I like the characters. They have something to say. When I went back and reinvestigated the script, a saying came to mind: The more things change, the more they stay the same. Even with all the things that have changed for women, there are a lot of truths in this play. There are still bimbos that steal away husbands. There are still secretaries who pine for the boss. And by God, we can certainly all learn a lot about being kinder to each other.

AC: That's certainly true. When she was very young, Luce became interested in women's suffrage. Do you find that in this play? 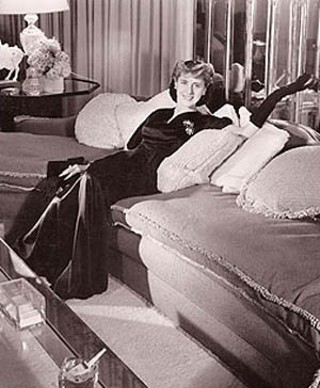 FB: Absolutely. A scene that Mary, the main character, has with her daughter speaks directly to it. Her little daughter asks her, what do you do? And Mary says women these days can do anything. They can run for office, they can fly a plane. And the little girl says, well, you don't do that, mother, Miss Fordyce and the servants do that.

AC: Working with all these women couldn't have been an easy road.

FB: Actually, they've been great. There's a saying I also use a lot of times because it holds true for me, and that's that the right people find their way to the work. I really couldn't be happier with the cast I've got. I'm kind of loath to say that, just looking over my shoulder waiting for the lightning to strike. But they've been a wonderful group. And they've come in and built the set with me and been covered in chrome paint.

AC: How many women have you got in the cast?

FB: I know. Isn't that amazing?