‘Into the Soul of the Rhythm’

In her exhibition 'Into the Soul of the Rhythm', photojournalist Jana Birchum provides perceptual richness of the moment when the music and the camera dissolve 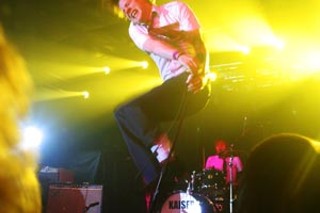 'Into the Soul of the Rhythm'

From the stock photographs she shoots for the Getty (Kaiser Chiefs in her current exhibition, "Into the Soul of the Rhythm") to major projects, Jana Birchum uses photojournalism finesse to tell remarkable stories. In 1995 she spent six weeks chronicling the lives of homeless youth living on the streets of Austin (The Austin Chronicle, March 24, 1995). In 1998 she illustrated the link between breast cancer and environmental pollutants for a local nonprofit. And in 1999, she set out to discover why the brutal death of Donald Scott Fuller, the 27th victim of a hate-related murder, received so little press coverage. In these projects, she is a violator of conventional perception, dramatically decreasing the artificial separation between art and activism.

Birchum has that rare ability to see both as subject and object. Each image is unique and saliently so in its ability to release. In The Crooner, the intensity of the vocalist's soul takes the shape of extended stillness. The viewer is freed from distractions – no noise, no people, no table, no chair – only the interwoven moment of an experience. Perhaps it is her own background in music that helps Birchum move inside the moment, allowing her to shoot from within the same space as the musical artist.

In the works currently on display, Birchum establishes herself as an agent of meaning by blurring the boundaries of artistic disciplines and providing perceptual richness of the moment when the music and the camera dissolve. The fusion between the musician and the photographer gives insight into the very act of creation. 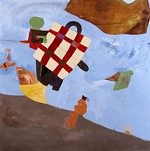 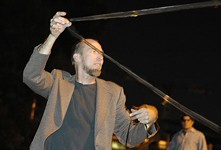 Into the Soul of the Rhythm, Jana Birchum, Donald Scott Fuller, The Crooner