Who They Are and What They Deserve As those Americans who served in World War II pass away in ever-growing numbers, they're taking their stories with them – those personal histories whose intimate details bring the period into sharper focus, and more importantly, reveal the human experience within History's panoramic view. There has been no shortage of World War II oral history projects to capture these histories before they are lost forever, but several years ago Maggie Rivas-Rodriguez, associate professor of journalism at the University of Texas at Austin, knew something among them was missing: the U.S. Latino experience. Thus was born the U.S. Latinos & Latinas World War II Oral History Project. In 1999, with early seed money from the A.H. Belo Corporation and an appropriation from the state of Texas, professional and student journalists and volunteers took on the Herculean task of interviewing and writing accompanying narratives. (See "Collecting Voices.")

Next week a new play based on these narratives opens at the B. Iden Payne Theatre in conjunction with the third national symposium of the U.S. Latino & Latina World War II Oral History Project. Written by James E. Garcia, Voices of Valor is a joint project from Artes Americas partners Arizona State University Public Events and UT Performing Arts Center. They presented the play's world premiere in Phoenix, Ariz., on March 11 and are now bringing the cast of that production, directed by Richard Trujillo, to Austin for two performances.

If Garcia's name sounds familiar, it may be because he was a reporter and political columnist who covered U.S. Latino affairs and Latin American politics for the Austin American-Statesman in the 1990s and later the Mexico City correspondent for Cox Newspapers. After 18 months as editor of the San Antonio Current, he moved to Phoenix, where he returned to an earlier interest in theatre and was accepted into the MFA creative writing program in playwriting at Arizona State University. In 2003, he won the Kennedy Center American College Theater Festival 10-Minute Play Contest for his play about undocumented immigrants, "The Crossing." Garcia spoke about writing Voices of Valor from his home in Phoenix. 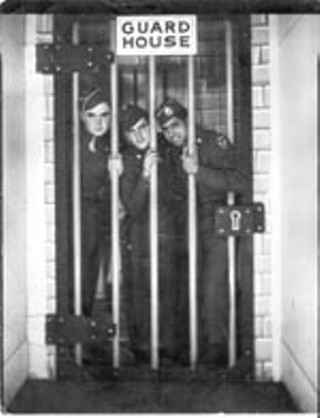 Austin Chronicle: With hundreds of interviews to choose from, how did you know where to begin?

James Garcia: The first thing I realized, after reading a few dozen transcripts, was that there was no way to pick, oh, these 10. I decided on composite characters, with one exception. The [two-act] play has an ensemble of six actors playing 35 roles. Because of my training as a journalist, I know how to write on deadline and have learned how to deal with a mountain of material.

AC: Oral histories can be dry. What was your process to create a theatrical piece?

JG: One of the first things you learn as a journalist is how to hear the quote. When there was a gem of [a] line that was great, I went to that. I culled as many of those as I could to build the characters. I wanted to stay as true to the fictional characters and true to the content and not distort. I whittled down and essentially had monologues, but I didn't want a play of monologues. I saw a play called The Exonerated, based on transcripts of death row inmates. It was presented with six actors, with music and strands of transcripts. I liked that.

I wanted the audience to experience not just the facts of the story but also the experience of hearing a story for the first time, that experience of people experiencing their memory. There's a lot of movement, and I guess you could say a filmic quality to the play.

AC: The project's Web site says several "interesting themes" emerged in the interviews. What themes did you see?

JG: I think there's this idea that those who went to World War II – all wars – they don't want to talk about it, especially when they first came back. It's just something they did. But as they go through their lives, they realize they need to say it ...

AC: The site also states that the interviewed often "downplayed their extraordinary experiences."

JG: For these Latinos, you have to remember that they came from a world where they were treated as second-class citizens or worse. There's a humility in the culture, but also, many of these people were born in the 1920s and grew up in a world where you don't stick out because it was dangerous.

One of the characters tells the story of being a kid in Arizona and going swimming at the YMCA. The Mexicans were only allowed in the pool when they were draining it. He talks about the humiliation but says, "That's just the way it was."

There's another story in the play where a soldier tells of being awakened at boot camp by the commanding officer who calls them "fine American soldiers." It was the first time [that soldier] had been addressed as an American, and though it was an offhand remark, it had a profound effect on him. After experiences like that, there was this amazing sense that, we may not have been treated as full Americans before [the war], but now, we expect to be. AC: There was a paradigm shift.

JG: A huge, collective paradigm shift. The result of which were organizations like the G.I. Forum, MALDEF (Mexican American Legal Defense Fund), LULAC (League of United Latin American Citizens). [The World War II experience] literally shifted a whole generation's idea of who they were and what they deserve[d]. In a very direct way, these are the parents of the civil rights movement.

AC: Tell me about the character who is not a composite.

JG: Oh, that's Hector Santa Anna. This guy is one of the few who told his story with bravado because, well, he knows he's a Santa Anna. It's like knowing you're a Kennedy. I can't wait to see how he plays in Texas. [See excerpt from Voices of Valor: Hector Santa Anna, right].

In addition to the performances of Voices of Valor, the following events are being held. All events are free and open to the public: