The Windy Side of the Law: Bard for the Defense

You can experience the connection between the law and literature by attending 'The Windy Side of the Law: Shakespeare's Twelfth Night' 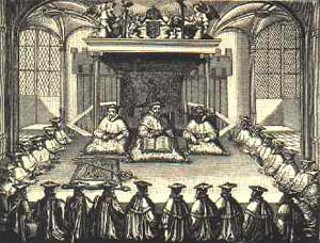 While the connection between the law and literature might not be readily apparent, colleges and universities have been connecting the two for years, and the University of Texas is no exception. On Wednesday, Sept. 21, you can experience this connection for yourself by attending the Windy Side of the Law: Shakespeare's Twelfth Night.

"About three or four years ago, Sandy Levinson, a School of Law professor, was putting together a conference that he called 'The Law and Other Performing Arts,'" says Alan Friedman, UT professor of English and coordinator of Actors From the London Stage, a touring company that visits UT every fall and will present a production of Twelfth Night at UT at the end of September. "It was a marvelous conference, with a great deal of music and staging in it. Sandy suggested that another way of thinking about the conference was to team-teach a class called Shakespeare and the Law. Shortly after that, during the run-up to the AFTLS residency, we got the idea of having a panel focusing on whatever law connection there might be in that particular play and putting a law school spin on it.

"This year the panel will be moderated by UT School of Law professor Julius Getman. He'll talk about Twelfth Night from a legal perspective. We'll also have James Loehlin, who runs Shakespeare at Winedale, addressing the history of the play; Guy Roberts, the artistic director of Austin Shakespeare Festival, focusing on contemporary productions; and Matt Radford, the associate director of AFTLS, talking about the play from an actor's point of view." In addition, actors from the UT student organization Spirit of Shakespeare will perform scenes from the play. And best of all, it's free of charge and open to the public.