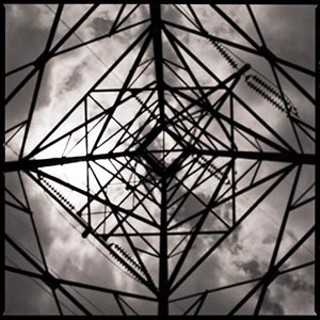 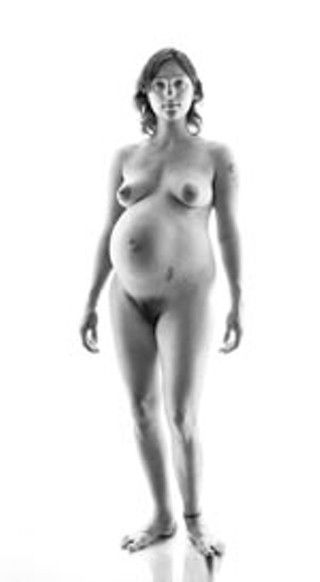 The two-person exhibition of photographs at D Berman Gallery explores a spiritual territory within the pragmatic. The Bauhaus credo, "form follows function," is plainly evident within these two artists' visions. And visions they have, make no mistake.

George Krause presents a group of larger-than-life black-and-white nude portraits called Sfumato Nudes. Absent from these are props, backdrops, and staged poses. Rather, the artist has chosen to let the bodies themselves reveal the subjects' characters. Krause has chosen to represent a broad view of ages and body types within the series and does so with neither prurience nor shame, showing respect and compassion for the humanity of the people he portrays. His models honor the artist, and thereby his audience, with a degree of laid-back trust and generous willingness to share themselves that is a beautiful thing to behold. Particularly fascinating for the perspective they offer are a pair of photographs of a woman, both lovely, one taken while she is near term in her pregnancy, contented and glowing with life. I also found a portrait of an older man undergoing treatment for cancer to be especially engaging emotionally. The fear that comes with not knowing what that might look like is stripped bare to reveal an actuality that is both less and more frightening. With the revelation of the humanity of this dignified, wise-looking, yet undefensive person comes a degree of sympathy that hurts to feel. You look at him, and you see what it is to be truly brave.

Likewise, Sean Perry's landscapes in his series titled Transitory are pared down to an unsentimental and yet spiritual essence. Radio towers, satellite dishes, and smokestacks – works of engineers, not artists, but magicians all the same – are juxtaposed against their ambient atmosphere to reveal their totemic nature. Titles such as Future/Past and Dharmachakra guide the viewer toward this interpretation. Subtle references are made to the depictions of spiritual concepts that make up such a significant part of Asian art history. Vortex in particular struck me as a mandala form, while the light and dark areas of Reciprocity and Night Into Day seem to refer to the subtle balance between yin and yang. Nowhere seen is ornament or sentiment; everywhere seen is highly functional design. Yet when we step back from function, an essential mystery asserts itself. As our scientists come to understand the inner workings of life itself, it comforts me to be reminded that to the respectful and spiritually minded eye, no further magic is required than the profound mystery of truth. 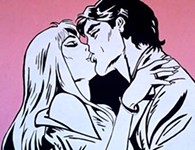 About a Girl
The art exhibit 'About a Girl' is about music, really, with three young men behind it basing their artwork on a song