In The Two Lives of Napoleon Beazley, actor Forest Van Dyke has the responsibility of playing the title character, an honor student who committed murder 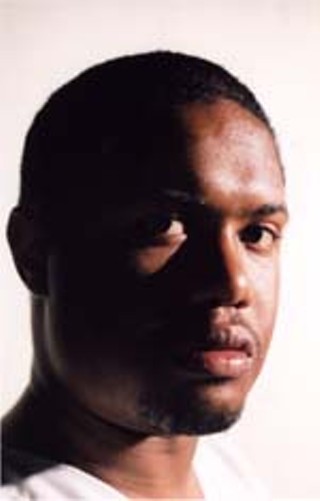 Forest Van Dyke, soon to be a junior theatre major at Texas State University, is playing the title role in the Original Theatre Company's production of The Two Lives of Napoleon Beazley. Van Dyke is the only actor who participated in both the current production and the original workshop production at Texas State. The Chronicle asked him about his experience in both.

Austin Chronicle: So tell me about the workshop production.

Forest Van Dyke: It was a life-changing experience. Part of it involved meeting the Beazley family. We set aside rehearsal time, and the whole cast sat down with them and just talked with them about their experience, going through the execution with Napoleon, and how difficult it was. They talked about things they remembered about him and what kind of person he was. They're great people. They seem so upbeat. That was surprising for me. To have gone through something like that and to still have the spirit they do is awesome. They seem like they have faith that God has a plan for their lives. That everything happens for a reason. You can't help but be touched by that. It was hard to watch them have to relive it, because the way people talk about Napoleon, he sounded like a wonderful person, a well-rounded person, and he made a horrible mistake.

AC: Any changes in the script from the workshop to now?

FVD: There have been minor cuts and changes, but those have freed things up. In the first production, audiences enjoyed it – it sold out practically every performance – but they came away saying, 'Wow, that's a lot of information to take in.' I think this time we're showing more of the story, of the interaction between the characters, rather than so many facts and figures. Now, they're better able to come away with both sides of the story. It's a fairly balanced telling, I think.

AC: What else is different this time around?

FVD: This time my personal stakes are raised because I'm playing Napoleon. It's a lot more responsibility. I was Antonio, one of Napoleon's accomplices, the first time, and I also played several other chorus characters. Working with professionals has been exciting. I've learned a lot from watching them, the focus they use to sustain a scene. They're right there, and they're so supportive of me and so encouraging. But this time around, there's definitely more pressure, although it's self-imposed. I'm responsible for portraying a man's life and his experience. I'm finding I have to get inside what he was thinking. He had to live through this. Especially the execution scene, it's pretty tough. I'm kind of nervous about the Beazleys seeing it because I want to portray their son – I don't know, I want them to be proud of what they see. I want them to be proud of their son. He was a good man. I don't want to let them down.