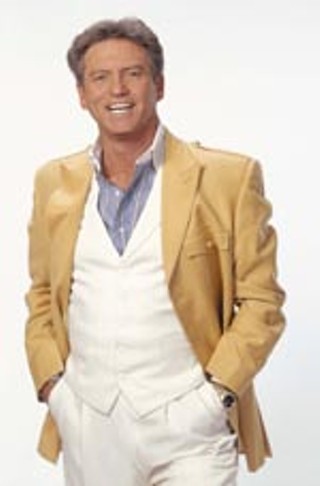 Larry Gatlin may have made his name in the music industry, but now he's a man of the theatre and about as active in the field as one can be. These days, he's not just starring in musicals, but writing, directing, and producing them, and you can catch his latest project in workshop form this very weekend. Called Quanah: The Parker Family Saga, the musical is based on the life of Quanah Parker, son of kidnapped settler Cynthia Ann Parker and Comanche Chief Peta Nocona, who grew up to become the last chief of the Comanche Nation. For the past three weeks, Gatlin has been rehearsing the show with UT students and local actors at the UT Performing Arts Center to give Quanah a three-performance test run July 1-3 for potential backers and to determine how fit it might be for a run on the Great White Way. The public is also invited, and the shows are free, but seating is first come, first served.

For those interested in something more of a known commodity, Gatlin will happily supply that as well. He's launching a new national tour of The Will Rogers Follies: A Life in Review, the musical that celebrates the life and wit of the grand American humorist, with Gatlin in the lead. It's a comfortable fit for the singer and actor, who followed Keith Carradine and Mac Davis in the role on Broadway, headlined a 1993 national tour, and reprised the role in a revival tour two years ago. Again, the UT PAC will provide the facilities for Gatlin and company to rehearse the show, then Austin audiences will be the first in the nation to see the show, beginning Aug. 27 in Bass Concert Hall.

Quanah: The Parker Family Saga will be performed July 1-3, Friday-Saturday, 8pm, Sunday, 2pm, in the McCullough Theatre. The Will Rogers Follies: A Life in Review runs Aug. 27-31, Saturday-Wednesday, at Bass Concert Hall. For more information, call 471-1444 or visit www.utpac.org.