A celebration of African-American chamber music 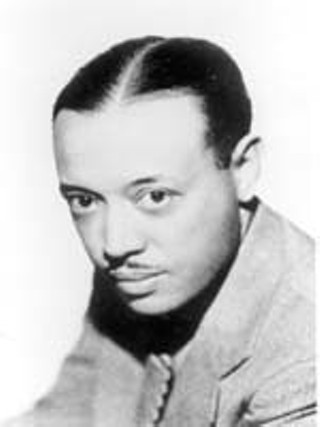 February is a time for making an extra effort to celebrate the rich and varied – and too often ignored – history and culture of African-Americans. With that in mind, the Austin Chamber Music Center is joining with Huston-Tillotson College this Tuesday, Feb. 8, to showcase and glorify chamber music by African-American composers.

Given that chamber music is often associated with 17th- and 18th-century European nobility and court composers hired to write music for important events and castles and powdered wigs and the like, the idea of an African-American tradition in the form may not immediately leap to mind. But the phrase has come to apply more to the size of an ensemble and to compositions that are scored for a single instrument per part, and many, many works by African-American composers in the last century were written for smaller groups and settings.

So what distinguishes these works from other kinds of chamber music? "African-American chamber music is classical music, but it's more as well," says Erin Hill, assistant director for operations at ACMC. "While classical music written by African-American composers typically contains a lot of folk melodies, the styles, textures, and instrumentations employed are as diverse and varied as they come. William Grant Still, one of the composers we're featuring, combines 'classical' form and harmony with traditional folk tunes and a hint of jazz."

"Most people recognize African-American composers for their hymns and piano works, but rarely are they ever noted for writing chamber music," says Quinton Morris, an African-American concert violinist, chamber musician, teacher, and founder of the Young Eight, an octet of African-American string players. "It's rare that you get a chance to perform all chamber music works by African-American composers." Morris, who is currently pursuing a doctorate at the UT School of Music, will perform at the concert, playing Still's Suite for Violin and Piano and Patrice Rushen's Psalms. Faculty and students in the music department at Huston-Tillotson will also perform, along with ACMC's Felicity Coltman, Margaret Coltman, Joanna Winters, and Aurelien Petillot. The concert, which is free, has a special place in the packed calendar of ACMC. "We hosted 177 events in 2004, a few of them in elegant homes," says Hill. "We consider all our events to be of importance, but this concert in particular is important to us. We want to give life to music that isn't given life very often."

Celebrating African-American Music will be performed Tuesday, Feb. 8, 7:30pm, in the King-Seabrook Chapel on the Huston-Tillotson College campus. For more information, call 454-0026.