Despite not always fully engaging with soloist Peter Serkin, the Austin Symphony Orchestra was clear, tidy, and provided some sweeping music 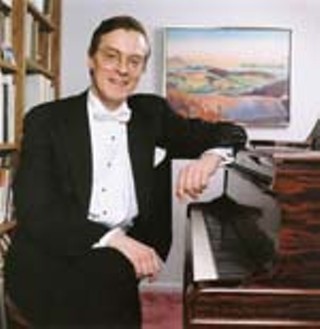 Conductors are obsessive about bringing out a melody; they'll do it when the tunes are accidental and sometimes when they aren't really there at all, which perhaps explains how, in trying to characterize a program of Mozart, Rachmaninoff, and Michael Torke, Austin Symphony conductor Peter Bay summed up all three as unorthodox. Suggesting that Torke's charming and energetic Javelin, written for the Atlanta Symphony and the 1996 Olympics, is unorthodox and that the composer had to fight the man to write happy music in major keys conjures that overused notion of an imaginary musical oppressor pawning off noisy, unpleasant music on an unwilling public. Compare the few minutes that the ASO has ever given to the challenging works of Schoenberg, Berg, Webern, and other musical Willie Hortons to the thousands it has devoted to more ingratiating works of the last 100 years. It isn't that I expect the ASO to play such thorny music much – they wouldn't survive – but to suggest that Torke is swimming against some dissonant tide is disingenuous. In any case, when the piece actually began, it took the orchestra a minute to warm up, but once it did, it played the curtain-raiser with cinematic sweep and meticulous detail.

Mozart has been at the center of the careers of pianists Peter Serkin and his father, Rudolf. For both, the composer's concertos are not so much cultural icons as household treasures and a vehicle for interacting with other musicians. I sensed that Serkin wanted more of a chamber-music-style interaction in this performance of the Piano Concerto No. 24 in C minor. Many of the melodic handoffs sounded awkward, and the orchestra and pianists were rhythmically out of phase with one another, especially in the early going, like in those Edward Albee dialogues where the participants don't drive the conversation in the same direction. This may explain Serkin's angular arm flourishes in the third movement, as if he were conducting from the keyboard, trying to get the orchestra to pick up his sense of urgency. Then again, it may have been another aspect of Serkin's extramusical eccentricities. His singing could be heard 10 rows out. (Pianists often make up words to musical themes, and I kept wondering if those might be slipping out.) And in the second movement especially, Serkin had a peculiar habit of affecting a kind of vibrato on a note held down, like a violinist. This does nothing to change the sound. Was it micro-body language intended to guide the vibrato of the strings?

Despite not always fully engaging with the soloist, the pared-down orchestra was clear and tidy. None of Serkin's peculiarities tainted the music; he played the innocent sing-song melody of the second movement protectively, never sentimentalizing it and all but skipping up to its final cadence. This gave poignant contrast to the more turbulent waters of the last movement, in which Serkin showed the exuberance of his early career.

Like Bart–k's valedictory Concerto for Orchestra, which opened the season, Rachmaninoff's final Symphonic Dances explores new colors, finds grooves, and recapitulates moments from his musical life. Bay and the orchestra feasted on the sumptuous colors and motives, missing few opportunities to exult in what stands as the last monument of 19th-century romanticism.