Despite many glorious moments in St. Cecilia Music Series' Baroque Festival Concert II, there was evidence throughout that the musicians may have taken on too much 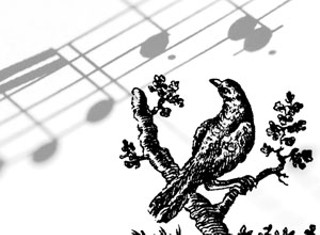 The St. Cecilia Music Series' Baroque Festival meant a whirlwind, three-concert weekend for the Austin-based musicians and their colleagues from around the country who took part. And despite many glorious moments in the second concert, there was evidence throughout that, as happens to many of us this time of year, they may have taken on too much. Their camaraderie and collective musical insight were clear, but polish was uneven. Even the best performances of the night contained the sort of intonation and coordination problems that wouldn't have been there had there been one more rehearsal.

Organist Keith Womer got the show off to a strong start by brilliantly captaining the orchestra through two movements from Handel's popular Organ Concerto, Op. 4, No 13, nicknamed the "Cuckoo and the Nightingale" for reasons that it doesn't take an ornithologist to grasp. Womer showed his remarkable ear for echoing the phrasing of snatches of melody passed back and forth.

Johann Schmelzer's Serenata was like an eccentric great uncle at the Christmas dinner. With a wait-till-they-hear-this spiritedness, the orchestra played this music full of novelty, not the least of which was the unresolved ending that left the audience flat-footed.

By contrast, Vivaldi's regular, familiar concertos were comfort music, with the medley of movements for different instrumental combinations spreading the spotlight around the orchestra. Still, though I was sitting only a few feet away from lutenist Scott Horton, I found it difficult to hear him in the Allegro from the Lute Concerto in D. The constricted dynamic range left little bandwidth for dynamic or timbral contrast. In movements from the concerto "La Pastorella," the phrasing and intonation of recorder player Frances Blaker were indecisive, frequently fumbling away the momentum, and the ensemble showed too much struggle. Fortunately, the final two movements were a change in waters; the phrasing was enthusiastically purposeful and the performance rousing.

The second half featured vocal music. Christopher LeCluyse brought his usual clarity and sensitive phrasing to Handel's "Eternal Source," while soprano Gitanjali Mathur wheeled and soared through the composer's "Let the Bright Seraphim" with the confidence and accuracy of a hawk, making a compelling match for Fred Holmgren, whose performance on baroque trumpet was marked with a fair ration of the bobbles one expects from this unwieldy instrument.