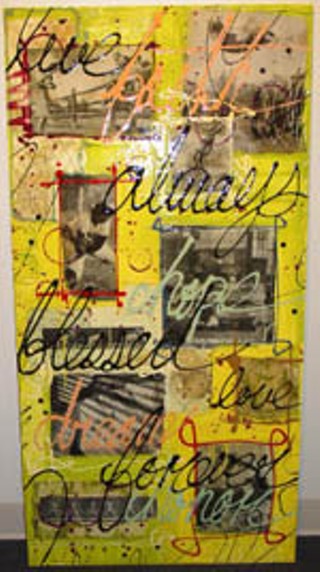 Robert Ellis Patterson, artist and owner of the Robert Ellis Patterson Gallery in South Austin, died Friday, Nov. 19. He was 34. A native of Lubbock, he took to art at an early age and made it the focus of his life. He was particularly inspired by the abstract impressionists of the New York School (Pollock, de Kooning, Motherwell, Kline, Rothko, et al.), but to his own paintings he added words and phrases that would give a positive or uplifting message to the viewer, dubbing them Inspirational Abstractions. Patterson moved to New York City and worked for several contemporary art galleries there. In 1995, he returned to Texas, living in Austin and Dallas. It was here that he opened the Austin Modern Art Gallery and the Robert Ellis Patterson Gallery to showcase his own work. Patterson is survived by his mother and father, Jeannie and Tommy Patterson of Lubbock; his brother, Eddy Patterson; and his fiancée, Kirsten Orr, of Austin. A memorial service was held Nov. 22 at the Robert Ellis Patterson Gallery, 3520 S. Lamar. Memorials should be sent to the Louise Underwood Endowment for the Arts, www.lubbockareafoundation.org.