You can count on the holidays to draw people closer together, but this year it's especially true for Austin's Latino theatre artists. This season sees five local Latino theatre companies joining forces to restore one of the community's yuletide traditions: La Pastorela, the story of the shepherds' journey to see the Christ child, enacted with pageantry, old carols, modern jokes, gospel music, and occasionally breakdancing angels and devils. Throughout the late Nineties, the play was a December fixture in the warehouse where the proposed Mexican American Cultural Center is to be built, but when that building was torn down, the production languished. The last Pastorela was in 2001.

"Two years without the Pastorela," says LUPE Arte Executive Director Verónica Castillo-Pérez. "There's just no excuse. So back in the spring, a bunch of us got together and decided we had to produce it, no matter what."

No single company wanted to mount the play, not so much because of the expense or effort involved but because, Castillo-Pérez explains, "the Pastorela does not belong to any one group." It belongs to the whole community. In years past, several organizations had staged the play cooperatively, so these artists opted to do the same. LUPE Arte, Teatro Vivo, TEATRO Humanidad, Nushank Theater Collective, and Teatro Liberación-Liberation Theater came together as a group – "a very loose group," notes Castillo-Pérez – adopted a name, the Austin Latino Theater Alliance, and began laying the groundwork for a revival.

The ALTA members found a new space in the Tillery Street Theater operated by ALLGO, the Austin Latino/Latina Lesbian, Gay, Bisexual & Transgender Organization. They reoriented the stage in that space with assistance from artist Alejandro Diaz Jr. and the Zachary Scott Theatre Center, and obtained rehearsal space at the elementary school operated by the University of Texas. In fact, the project started bringing together many more people than those in the five organizations. It brought together people from throughout the community.

Castillo-Pérez admits to being surprised at the response, but, she says, "Everybody wants to see this happen." And why is that? "You miss it," she says. "You know, it's like we haven't had a Big Mac in a while – no pun intended. When you haven't eaten in a while, you're more hungry. Everybody's just like, let's get this done. They're excited. Forget the election. Forget the economy. We'll do what we do best."

That spirited attitude has Castillo-Pérez anticipating perhaps the best Pastorela ever. "Maybe it's a good thing that we haven't had one in two years," she suggests. "You come back with a bigger appetite." 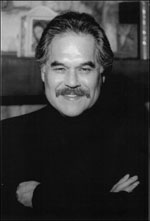 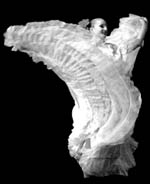