Bill Maher comes out on drink, drugs, and God 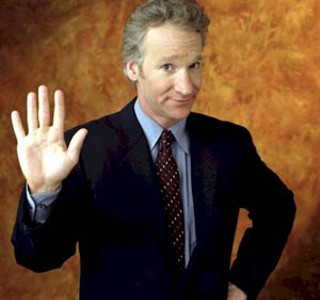 Mining serious laughter from uncomfortable truths, Bill Maher is a pre-eminent satirist in the gimlet-eyed comic tradition of Mort Sahl. The author, bachelor icon, and host of HBO's Real Time With Bill Maher recently spoke with the Chronicle in advance of his appearance at the Paramount Theatre.

Austin Chronicle: You made a crack on Hardball about George Bush being drunk, and Chris Mathews had a wee aneurysm. You were joking, but certainly a slip off the wagon is something people can understand and forgive. Yet it seems absolutely taboo to even imagine the possibility that our dry drunk president has had a nip.

Bill Maher: If he's not having a drink, I really wish he would. I swear to God. I think he would be, like a lot of drunks, better off if once in a while he would have one. ... We all know addictions never go away, they just get replaced. So I don't know what George Bush did, I guess Jesus – which is a far more dangerous addiction than drinking.

AC: Why are Americans so militantly religious? Like, a third of Missourians describe themselves as born-again. You've pointed out that the vast majority of the British and French are Christians yet only the tiniest percentage attends institutional services on a regular basis. What's going on with us?

BM: They did a study, and we actually have more in common with Turkey and Iran when it comes to religious beliefs and practices and beliefs in the devil and stuff like that. I don't know. All I can say is we're a young country and young is dumb. But it's embarrassing. People say – because they lump me in with that "Blame America First" crowd – "Why don't you love your country?" I do love my country, but I'm also often embarrassed by it. I wish we could be the sophisticated country. I wish we could be the country that doesn't freak out when Janet Jackson's nipple falls out of her bra for one-half of one second. That stuff embarrasses me, and I don't care who knows it. And if that makes me a bad American to say I'm embarrassed by my country, so be it. But I wish my country would stop bringing up the rear in the parade of intellectualism.

AC: What is your theory on why pot is still illegal? And why does our government continue this "War on Drugs" when all empirical data points to an abysmal failure?

BM: It's the most amazing triumph of marketing, before they turned bin Laden into Hussein. It's a situation of using fear to convince people that white is black. I don't know how many people are twice-born, or whatever that is, but I do know that over 33 percent of this country still thinks that Saddam Hussein was directly involved in 9/11. I bring that up because if you can convince people of things like that that are so patently untrue, it makes a little more sense how you can take the one drug that never killed anybody and turn that into a demon seed. The answer is fear, in both cases. Fear can make people think very unclearly. And it's the slippery-slope argument. You could say to someone, "Look, it doesn't seem like you're hurting anybody to roll up a fattie and watch Nick at Nite, but actually it's a very slippery slope from you doing that to your kid having to prostitute himself to get money for his heroin habit. So if you wanna light up, go ahead."

AC: Bill, you're an unmarried, Tony-nominated Broadway showman who's really into PETA. Have any friends broached that perhaps the Playboy Mansion trips are starting to smell like overcompensation? BM: [Laughs] That is priceless! I gotta tell my friend that. That's right! You know what? I'm gay as a $3 bill. You've outed me. You've outed me! I'm like Mary Cheney and you're like Kerry. 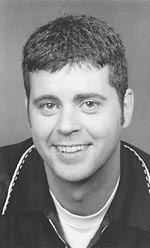 The Year in Revulsion
Comic J.R. Brow charts the lows and lowers of 2004 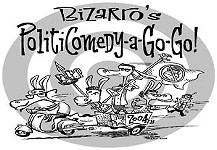