The Violet Crown Radio Players are re-creating Orson Welles' infamous radio version of 'The War of the Worlds,' and this time, the Martians are landing in Central Texas 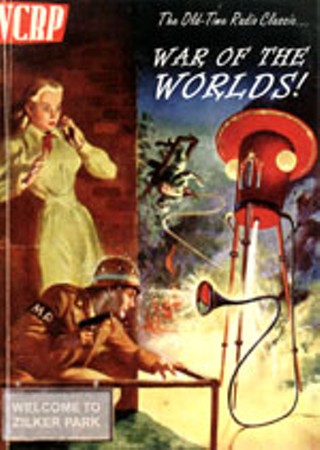 One of the greatest "gotchas" of the past 100 years has to be Orson Welles convincing America that Martians had landed in New Jersey. In adapting H.G. Wells' The War of the Worlds for broadcast on the Mercury Theater on the Air the day before Halloween in 1938, he and co-writer Howard Koch took advantage of the medium, describing the interplanetary invasion through on-the-scene dispatches from radio correspondents. Their eyewitness accounts of the emergence of the leathery, tentacled aliens and the carnage wrought by their poison gas and heat rays were realistic enough to set off a coast-to-coast panic, with frantic callers swamping the switchboards of police stations and newspapers with questions about the attack and crowds filling the streets with talk of the end of the world.

For a company dedicated to re-creating the wonder of radio drama, a revival of Mercury Theater's infamous invasion is too good to pass up, which is why the Violet Crown Radio Players are offering it this month. Of course, they don't expect folks to be fooled by their version, especially when knowing the hoax is the show's big selling point; still, they aim to have a lot of fun re-creating the broadcast, and in the spirit of Welles, they've tweaked the original to make it more immediate for their audience. This Halloween, the Martians will be landing deep in the heart of Texas, just a limestone's throw from you and me and no doubt laying waste to some of the Capital City's most beloved landmarks. You can see it all in your mind's eye at Ventana del Soul this weekend and the next. Director Mark Finn warns that the production is intense and not recommended for young children or adults who are faint of heart: "This broadcast may cause rapid breathing, a sense of shock or numbness, and the urge to flee. You have been warned!" 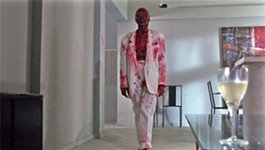