Melba Martinez, artistic director at Mary Moody Northen Theatre for the past 12 years, has been fired from that position 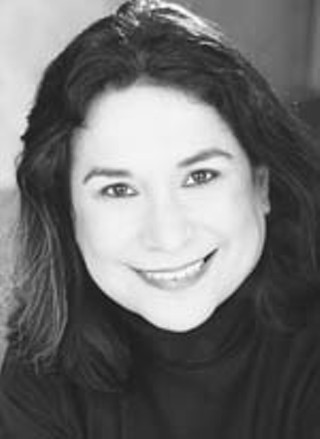 Melba Martinez, artistic director at Mary Moody Northen Theatre for the past 12 years, was fired from that position on Thursday, July 22, by School of Humanities Dean Louis Brusatti. The move came after a performance review in which Brusatti cited Martinez's failures in managing the theatre's budget and an inability to work collaboratively with certain faculty members in the school's theatre department.

The move stunned many of Martinez's colleagues and students at St. Edward's University, as well as much of the theatre community throughout Austin. The St. Ed's theatre program had been in the midst of an exceptionally strong period, having established ties with the nationally acclaimed Saratoga International Theatre Institute, aka SITI Company, allowing for training in Suzuki and Viewpoints by company members as well as MMNT productions to be directed by company member J. Ed Araiza; received consistent recognition for outstanding work from the B. Iden Payne Awards committee and the Austin Critics Table; and produced graduates who have since established themselves as some of the most gifted and skilled actors in Austin, among them Lee Eddy, Jeffery Mills, Jenny Larson, Bradley Carlin, Elizabeth Wakehouse, and Brent Werzner.

Martinez's firing could have damaging repercussions for the program. In response to the firing, several of Martinez's colleagues were said to be considering resignation. Guest artists for the 2004-2005 season may withdraw. It is likely that the affiliation with the SITI Company will be severed.

Brusatti reportedly offered Martinez the opportunity to stay on as a faculty member in the department, teaching and directing MMNT productions. Martinez declined, submitting her resignation to the school on Tuesday, July 27. As of press time, Martinez had no idea what her future plans would be.

More information about this incident and Martinez's career and legacy at St. Edward's will appear in a future issue of the Chronicle.